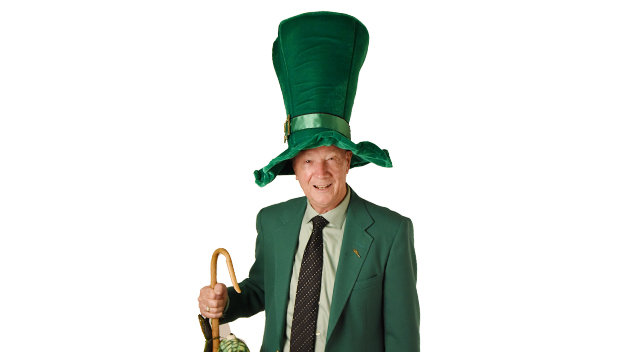 NATCHEZ — When the Krewe of Killarney St. Patrick’s Day Parade rolls along Main Street at 6 p.m. Tuesday, Ron Brumfield will be heading it up in the role of St. Patrick.

“I’ve been looking forward to this for a while,” Brumfield said. “Just the thought of emulating a person that was able to accomplish great deeds is exciting.”

Brumfield said he has been involved in the Krewe of Killarney for 25 or 26 years and he likes the charitable aspects of the organization.

“I’m in it for the fundraisers and the help that we give Pleasant Acres Day School and the Holy Family School,” said Brumfield, who works as the maintenance engineer for Hampton Inns and Suites in Natchez. “We give out scholarships to each one of the schools for the students.”

Brumfield said that most of all he enjoys the community camaraderie of being in the Krewe of Killarney and the St. Patrick’s Day Parade.

Brumfield is active in the community in the St. Mary’s choir and as an assistant scoutmaster with Boy Scouts Troop 168. He is a member of the Knights of Columbus and was a member of the Natchez Hand Bell Choir and played tuba for Natchez Community Choir before it was disbanded a number of years ago.

The parade will gather at Memorial Park at approximately 5:30 p.m. Tuesday and will proceed along Main Street to Broadway at 6 p.m.

“The whole object of the thing is to drive the snakes out of Natchez,” Brumfield said of the parade that ends at the bluffs where St. Patrick ceremoniously throws snake off the bluff into the river. “You can dress up it is not dictated. You basically can do your own thing. Please join us come out and have a great time and mingle and the krewe members will be throwing beads and having a great time.”

NATCHEZ — The azaleas are again in full bloom and Natchez’s Spring Pilgrimage is already underway. This year, more and... read more