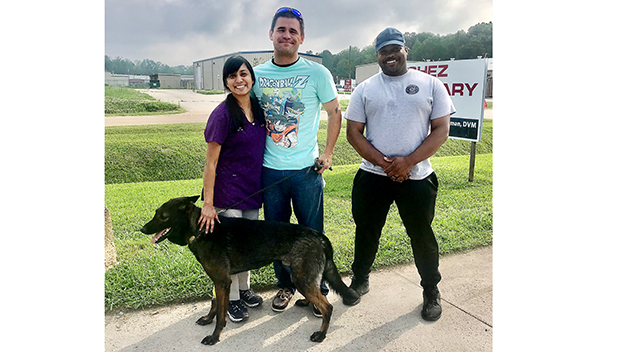 Chief Deputy David Hedrick said Echo was on duty with his partner Tony Godbold in Tensas when the dog was bitten on the face.

Tensas Parish had exhausted their dog tracking a suspect who was fleeing from deputies in a stolen vehicle and asked the CPSO K-9 unit for assistance, Hedrick said.

Echo was bitten after 5 p.m. Wednesday as he was tracking a suspect on the ground and was immediately taken to receive medical treatment at the Natchez Veterinary Clinic on Liberty Road.

“They didn’t see the snake as they were coming up on it,” Hedrick said, adding the snake was destroyed so it couldn’t harm anyone else.

“(Echo’s) face is swollen but he will hopefully make a full recovery,” Hedrick said. “They released him this morning with antibiotics and Benadryl. I appreciate all of the public’s support and prayers. There is a special bond between a K-9 and his commanding officer and we are grateful for the community’s support.”

NATCHEZ — The Natchez Stewpot is going through changes due to the COVID-19 pandemic but is still feeding people in... read more