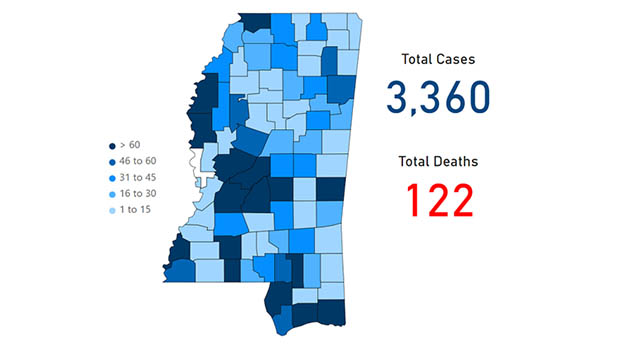 The Mississippi State Department of Health reported 273 new confirmed cases of the virus, which raises the total number of cases in the state to 3,360 cases. The increase in cases reported Wednesday is the highest jump in COVID-19 cases in the state since the state started reporting cases on March 11.

Here are county-by-county numbers in the state:

NATCHEZ — The City of Natchez is partnering with Concordia Bank & Trust and Home Bank to prepare and submit... read more