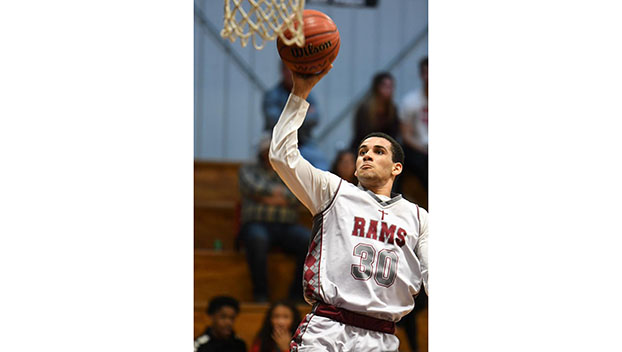 Ronnie “R.J” Fisher is a junior power forward at Wilkinson County Christian Academy and has been named to the MAIS Boys Team.

After helping WCCA win the MAIS Class 1A South State championship, Fisher’s list of postseason accomplishments was added last Thursday when he was named to the All-MAIS Class 1A Boys Team.

“R.J., he’s only a junior, but he’s been a big part of our program since he was a freshman. He’s a steady player. He runs the program,” Rams head coach Ken Perry said. “He’s like D’Mario (Weathersby). Good things happen when he’s on the floor. Great defensive player. He gets a lot of his points off steals and lay-ups. He’s just a great player.”

Fisher flirted with averaging a triple-double for the 2019-2020 season in which WCCA went 26-6 overall, ran the table in District 3-1A during the regular season and won the district tournament. He averaged 20 points a game, over 10 rebounds a game and eight steals a game. He also made 71 percent of his free throws.

Fisher also eclipsed the 1,500-point mark for his career this past season.

As for what kind of player Fisher is in practice, Perry said, “He’s a hard worker. It’s not just him. Of course, I’ll push them. They play hard every day. To me, the harder they work, the better they are in the game. They did not take basketball seriously at WCCA before I got here.”

The Rams’ season ended with two tough losses at the state tournament. The first was a 43-41 loss to Desoto School in the semifinals.

“We were two points away (from a berth in Overall). That’s just being young,” Perry said. “We only had one senior who’s a role player. We had a little luck — especially with no height. We were playing some big boys up there”

Perry said he expects even better things from not only Fisher but the team as a whole next season.