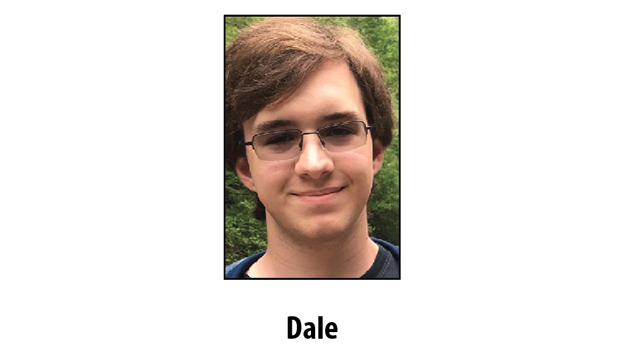 NATCHEZ — A Cathedral High School senior was recently named a National Merit Scholarship competition finalist, which is an honor granted to some 7,600 high school seniors out of approximately 16,000 of the top-scoring program entrants.

Alex Dale, the son of Lisa and Peter Dale and stepson of Veronica Dale and Allen Myers, is the recipient of the National Merit James E. Casey Scholarship sponsored by the United Parcel Service Foundation and is among fewer than 1 percent of high school seniors in the nation who were named National Merit semifinalists in September.

As a junior in high school, Dale became eligible for the National Merit program with his preliminary SAT score and scored a perfect 36 on his ACT.

National Merit finalist applicants write an essay describing their career interests to be considered for a variety of corporate-sponsored scholarships, such as the James E. Casey Scholarship, Dale said.

“I was pretty excited to be named a finalist,” Dale said. “It’s a very competitive program and I’m excited to know that I competed well enough to make this far.”

After graduation, Dale said he plans to study at the Rochester Institute of Technology in New York and would like to pursue a career in video game and software development.

“I’m a fan of games and would like to make my own,” Dale said. “Typically not a lot of people think of all that goes into videogame development. It requires a lot of different skill sets. You have to have general programming knowledge and also some skill in art, both visual and musical so that the game flows well. That is why you have teams of people working on a single project.”

“I have my hand in computer programming and I find it interesting and fun. I plan to use that as a platform to build my career and find out what I can do with the skills that I have,” he said.

Dale is also a recipient of the STAR Student award at Cathedral, which is given to one high school senior at each participating school in the state for their outstanding scholastic achievements.

Dale member of the district board of directors for the Key Club and participated in the Science Olympiad Team, Natchez Youth Leadership Council, the National Honor Society and the Boy Scouts of America in which he will soon receive his Eagle Scout badge.