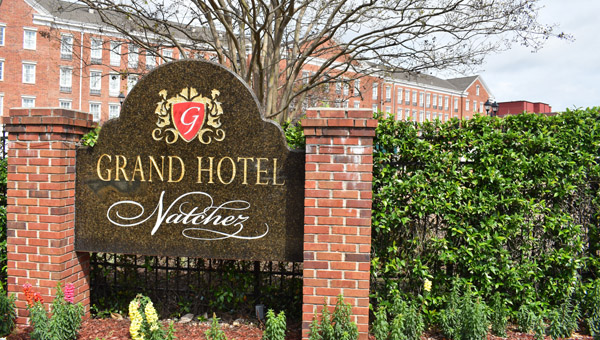 The Natchez Grand Hotel has been inundated with phone calls from residents inquiring about rooms. (File/The Natchez Democrat) 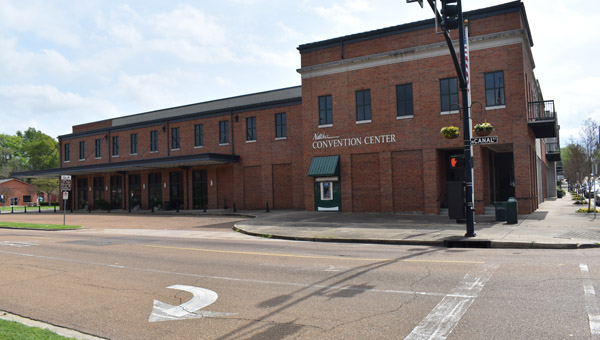 The Natchez Convention Center sits vacant after it was closed last month due to COVID-19. (Scott Hawkins, The Natchez Democrat) 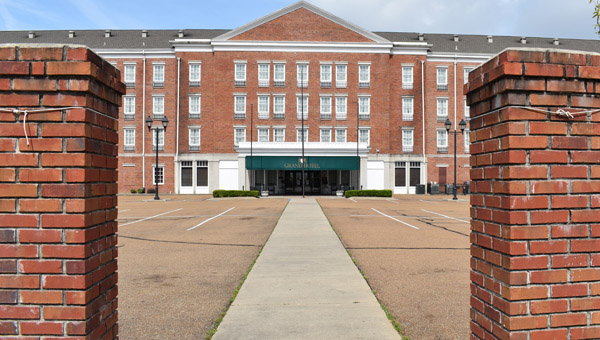 The Natchez Grand Hotel sits vacant after it was closed last month due to COVID-19. (Scott Hawkins, The Natchez Democrat) 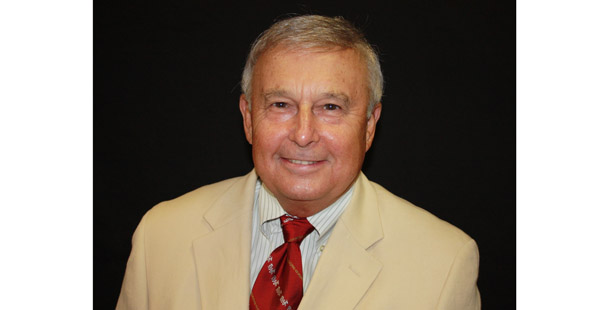 NATCHEZ — The Natchez Convention Center will reopen May 1, officials with the management company that operates the facility said.

Warren Reuther of New Orleans Hotels and Consultants LLC, which has a contract with the city to operate the Natchez Convention Center, said he plans to reopen May 1 with a skeleton crew to get things moving toward hosting conventions.

Reuther’s company also owns and operates the Natchez Grand Hotel and Monmouth Historic Inn & Gardens, and he said he also plans to reopen those on May 1 as well.

“We have some bookings, not a lot, and then we are going to go after the business as much as we can,” Reuther said of the Grand and Monmouth.

As for the convention center, Reuther said he has no conventions lined up but that Serve Pro is working to sanitize the building, and he plans to bring in some employees who had been laid off last month to help with the preparation and marketing.

In addition to sanitizing the facilities, Reuther said he also is working to secure insurance for the convention center to help potential groups with plans to hold conventions.

“That is what we are going to implement there to go after meetings to Natchez and to see,” Reuther said.

Gov. Tate Reeves has issued a shelter-in-place order that lasts through April 27 and Natchez Mayor Darryl Grennell has a stay-at-home order in place through April 30. Reuther said regardless of whether those orders are extended he still plans to bring back some employees to start getting the facilities ready to re-open.

“We just selected May the first to get everybody back,” Reuther said. “People who have unemployment insurance, they have to get off of that to come back so we are going to come back with a skeleton crew to get it going because you’ve got to get going.”

Reuther said his company would start marketing to solicit business.

Reuther said most of the tourism at the Grand and Monmouth come from people traveling to or from New Orleans and Natchez tourism will not recover until New Orleans is back in operation.

“Until New Orleans comes back there will be no drive market,” Reuther said, “maybe some, but after Katrina I was told that it was the worst time in Natchez for the hospitality industry because New Orleans was damaged.”

Meanwhile, Reuther said it is time to start moving toward reopening.

“We’re just not going to bring everybody back and just sit around, but they are going to help sanitize the facility along with Serve Pro and get everybody acclimated and all the air conditioning units, do everything that we normally would do under a maintenance program,” Reuther said. “We love Natchez. It is a beautiful place, no doubt about it. We’ve just got to. … It is going to take New Orleans, we figure, a year to a year and a half to two years. I think Natchez is going to be in the same situation.”