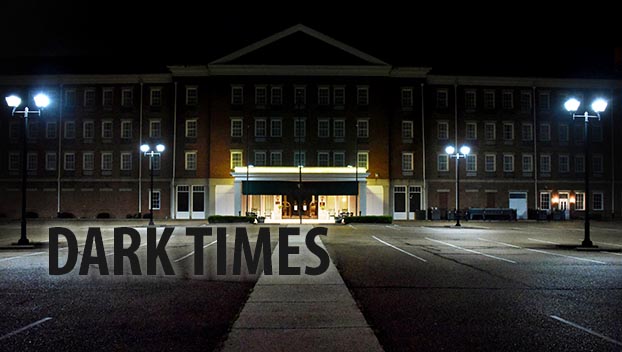 NATCHEZ — Policies and practices meant to protect the health of citizens in the Miss-Lou during the COVID-19 pandemic may also cause drastic revenue losses for businesses and governments alike.

In early March some businesses started to close while others limited themselves to drive thru, online and curbside pickup service. Officials in Natchez, Vidalia and Adams County said they anticipate these changes caused by the pandemic won’t go without fiscal repercussions.

City of Natchez officials said lodging, restaurant and sales taxes are received a month to two months behind when they were collected, so taxes received in March and April should be reflected in the city’s revenue in May and June.

According to data from the Mississippi Department of Revenue, sales tax collections in Natchez have been historically higher during in March and April around Spring Pilgrimage.

“This pandemic is going to have an impact on the city’s fiscal structure. There is no question about it,” said Darryl Grennell, Natchez mayor.

The impact is not unique to Natchez.

City of Vidalia CPA, Debra Moak said in an April meeting of the Vidalia Board of Aldermen, though it’s too early to give exact numbers, the town expects its sales tax collections and the Vidalia Conference and Convention Center revenue to decrease.

For two weeks in mid-March, Vidalia Mayor Buz Craft said the town had also paid more in wages to the town’s employees to ensure they would continue providing essential services while other businesses closed.

“Our revenues are definitely going to be down, a lot less,” Craft said. “Everyone who came in to work received holiday pay that was supposed to be reimbursed by the federal government.”

The Mississippi Gaming Commission ordered all casinos in the state to close on St. Patrick’s Day, March 17, which is unlucky for the City of Natchez and Adams County.

The City of Natchez may receive approximately $50,000 to $60,000 per month and Adams County $30,000 to $40,000 per month in gaming revenue based on a percentage of the earnings from Magnolia Bluffs Casino, officials said.

“We get about $37,500 a month ($450,00 per year) from gaming revenue and we will not be receiving any while the casinos are shut down,” Adams County Administrator Joe Murray said. “We just get a portion of what the city gets. Even when they reopen, I expect people will hold on to their money a whole lot tighter than they did before all of this.”

The City of Natchez also receives nearly $90,000 per month from leasing the city-owned land that the casino occupies under the Natchez Bluff. Last month, city officials granted the casino forbearance on their April lease payment so the casino could continue paying their employees during the closure.

“The only thing we will get from the casino for this month in terms of revenue is the lease payment, which has been postponed,” Grennell said.

Around the same time that the casino and other businesses closed, Spring Pilgrimage had to be postponed, further impacting the City of Natchez and Adams County’s revenues.

“Without a doubt, all three of our special taxes (lodging, food and beverage and sales taxes) are going to be way down and that impacts everyone,” said Jennifer Combs, the executive director of the Natchez Convention Promotion Commission.

While local residents do pay special taxes associated with restaurants each time they order takeout, those revenue streams are mostly contributed to by tourists, Combs said.

Without visitors there would also be fewer shoppers at local retailers or people putting gas in their cars, she said.

“I feel like we will recover. We will,” Combs said. “When all this is over, Natchez will be a safe place to come home to and we can market that.”

Craft said he believes the Town of Vidalia has enough money in its cash reserves to stay afloat without making in changes or cuts to its expenses.

“We’re not going to be laying anyone off or anything like that,” Craft said. “We’re taking this situation day by day.”

The same is true of the Adams County budget, Murray said.

“We’ll make it through the next couple of months for sure and even through the remainder of the fiscal year. I’m hoping that things pick back up again in the next two or three weeks,” Murray said, adding he believes some assistance may come from the federal government.

Grennell said he acted ahead of the pandemic and asked all the city’s department heads to avoid any non-essential purchases and track all of their COVID-19-related expenses — such as hand sanitizers, protective equipment or laptops purchased to allow office workers to continue doing their jobs from home — so they might get reimbursed by federal emergency relief funds.

“Before the pandemic became a pandemic, I had already met with all the department heads and charged them with cutting back on spending, to avoid any major purchases, to hold up on hiring to fill vacant positions and to only focus on necessities and critical needs,” Grennell said.

Grennell said city officials were also looking at possibly opening a line of credit through a local bank to keep the city afloat.

“Even though I’m leaving office in July, I don’t want to leave the city in a stressful financial situation. Of course this was beyond my control. No one knew there was going to be a pandemic this year, but I am going to try my best to keep the city stabilized economically so that we can stay afloat, keep city services going and so forth.

“We need to keep in mind that this is not special to Natchez. Every city in this country is impacted fiscally as a result of this pandemic. We are all in the same boat and I am keeping up with our state and federal delegation to see if there is any funding there that the city can benefit from. We are looking every facet that we can in respect to fiscal responsibility for the community.”

NATCHEZ — For the past month, Jessica Bradley has been out of work due to the COVID-19 pandemic after shelter-in-place... read more