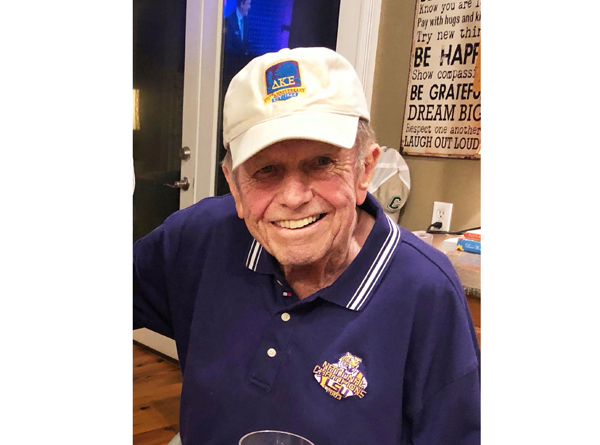 NATCHEZ — Charles Hayden Kaiser Jr., a long-time Natchez engineer and friend to many in his community died Saturday at the age of 91.

Those who travel around Natchez may have witnessed some of Kaiser’s handiwork without realizing it.

Many people in the community knew him for his kindness and friendly nature, said his son, Charles Hayden Kaiser III, who continues to run the engineering firm his father co-founded in 1954 called Jordan Kaiser & Sessions.

“Everyone knew him. He didn’t know a stranger,” Kaiser III said.

Kaiser Jr. continued working at JKS until he retired for health reasons in 2018.

“I’ve known Mr. Kaiser for 22 years, since I was elected to the Adams County Board of Supervisors,” said Darryl Grennell, Natchez mayor. “He tremendously helped the County of Adams and the City of Natchez on several projects, such as the bridge by the port facility that was built about seven years ago. It’s a very unique bridge and I don’t think there is another one like it in terms of design anywhere else in Mississippi.”

On May 14, 2018, Kaiser’s 90th birthday, Grennell formally recognized the date as “Hayden Kaiser Day” in the City of Natchez in honor of Kaiser’s service to his community, Grennell said.

“He was a great man and will be truly missed by this entire community,” Grennell said. “He was a true Natchez legend.”

Kaiser was also a proud father and beloved husband to his wife of nearly 58 years, Barbara, who said Kaiser loved Natchez. Barbara Kaiser said her husband would welcome anyone who came to visit the area and would tell them stories about his favorite places such as St. Mary Basilica, where he attended church.

Kaiser’s daughter, Cynthia Gerard “Tia” Ferguson, said her dad would always remind her of how proud he was of his family.

His caretaker, Juanita Nickelson, said she was a Cowboys fan and would miss bickering with Kaiser about who had the greatest sports team.

“He always reminded me how much he appreciated everything I would do for him. He loved to sit and watch the birds and would tell me to fill up the bird feeders and chase away the cats,” Nickelson said.

Ferguson said her dad was also proud of his service to his country.

“I remember when he bought season tickets see the Tigers at the 50-yard line and the LSU band played a special tribute to each branch of the Army and asked those who served to stand. He stood up three times,” Ferguson said.

After he finished high school, Kaiser joined the Navy during World War II and served in Guantanamo Bay, Cuba, where his squadron flew drones for warship practice. He left the Navy in 1948 with a rank of Aviation Radioman, Third Class, and began his studies at Louisiana State University.

In 1952 Kaiser graduated with a Bachelor of Science in Civil Engineering and eventually went to California, where he worked to convert the Camp Beale Army base into what is now the Beale Air Force Base located 8 miles east of Marysville.

“He’s probably one of the most patriotic people there is,” Barbara said. “Anytime the ‘Star-Spangled Banner’ played, he had tears in his eyes.”

NATCHEZ — Natchez police are asking people who live in the vicinity of the 100 block of Jefferson Davis Boulevard... read more