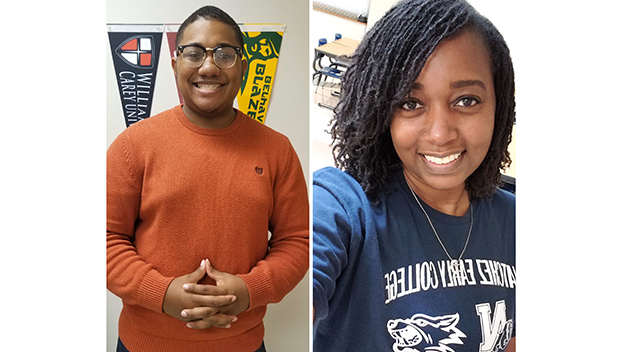 NATCHEZ — Natchez Early College Academy’s STAR Student Xavian Lewis, the son of Dywon and Tricia Lewis, has been hardwired for excellence in his blood, he said.

“My father is a pastor at Rehoboth Church of God in Christ and I grew up in church my whole life. I guess that was my foundation for excellence. I sing, play the organ, I’m the praise and worship leader in my church and I’m involved in different things. Everything I do I give 100%,” Xavian Lewis said.

“I felt quite honored mostly because it was a little bit of a competition in my household between me and my older sister (Terries Smith),” Lewis said. “She was a Mississippi STAR Student two years ago and I could not let her outdo me. It’s a great achievement but there was a little sibling rivalry with it.”

Each STAR Student is asked to select a STAR Teacher who contributed to their academic success.

Lewis said he selected De’Adriana Jackson as his STAR Teacher because of her leadership influence outside of the classroom.

“I have worked with Mrs. Jackson as my SGA advisor. … She never actually taught me in class, but once they said I could still choose her as my STAR Teacher I knew that was what I wanted to do. While working with her in SGA in the leadership aspect of it, she was so influential to me,” Lewis said.

Lewis said he plans to study business administration at Alcorn State University in the fall and pursue a career in marketing.

NATCHEZ — While the COVID-19 pandemic has kept most people indoors over the last six weeks, but some of those who... read more