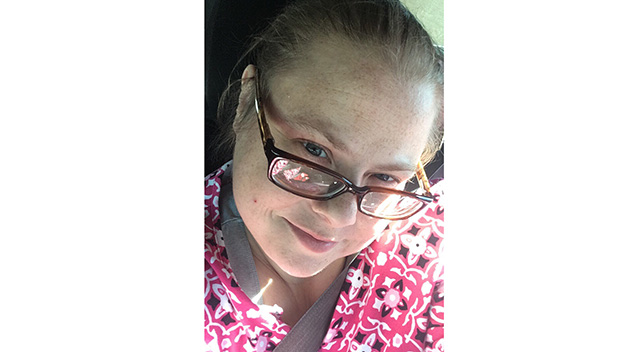 Those who served on the volunteer firefighter team with Stephanie Cupstid, 40, said she was not only a fighter at work but also was a fighter in her daily life. She also was a close friend to many people who knew her.

“It is with great sadness to inform you that Adam’s county fire service lost another member Stephanie Cupstid END of WATCH 05/02/2020.. she stood strong through everything life threw at her, and even when she was in pain herself, she would always try to make everyone else feel better!!! Fly high my friend,” the post states.

Her husband of nearly 10 years, Alex Cupstid, said Stephanie was physically disabled with a kidney disorder and other health problems late in life but she continued to work on the scene of fires even when she just came off of dialysis or was in pain.

Alex said it was his desire to join the Adams County fire service a little more than three years ago. The couple inquired about joining the service at Liberty Road and signed on at Kingston and often served both stations.

“She loved helping everyone,” Alex said. “… When everyone (at the fire station) gets together, it’s like being with a big family. We back each other up. Even though she was physically disabled she could always get up and go. She would be in the car waiting on me before I could get out the door.”

Billie Haley, a fellow volunteer and a friend to Stephanie, said Stephanie would also look after the ladies of the fire department, whether they were firefighters’ wives or fighters themselves.

“She had to make sure everyone was OK. She’d either call or text us every other day, the fire department girls. Some of us actively do things and some of us are just wives but we’re all one big family. When she no longer could fight fires, we put her in the ‘cold zone,’ which is what we call the area between where we are fighting the fire and the general public. She would make sure whoever was on the scene had all of their safety gear on. … If she thought we were getting too exhausted she would tell us to sit down and drink water. She was excellent at what she did,” Haley said.

Haley said when she became a widow after her husband Jason Haley died, Stephanie became her support person and cheered her on.

When he was no longer able to be my cheerleader to encourage me, she took on that role,” Haley said. “… She had a strength that you couldn’t describe. She had health problems that would have caused most people to give up, but nothing could keep her down. When she loved you, she loved you with all of her heart. When she called you a friend, you were a friend. I’ve texted her at 2 a.m. and said, ‘Hey are you up?’ and she picks up the phone and calls. That’s just who she was. She’ll be missed, not only as a member of Adams County Fire Service but as a friend.”

The Mississippi State Department of Health on Tuesday reported 330 new cases of COVID-19 in Mississippi and 32 new deaths.... read more