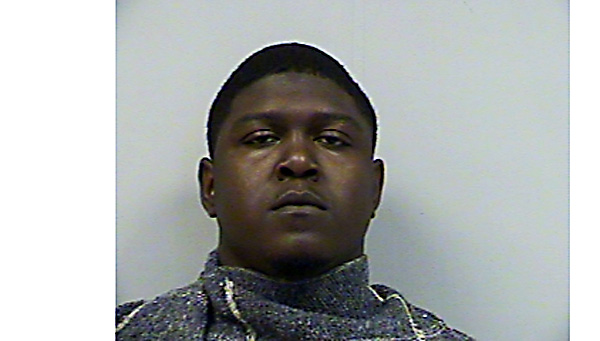 NATCHEZ — A Monday traffic incident resulted in the drug and firearms arrest of a man, law enforcement officials said.

Wallace was also charged with the enhancement of possession of a firearm while in possession of drugs and with simple assault, police said.

Wallace was arraigned Tuesday and received a $75,000 bond.

The incident started when police were dispatched at 11:32 a.m. Monday to the Cambridge Heights area in reference to a disturbance, a police report states.

“Officers learned that the victim was driving in the Cambridge Heights area when the suspect (Bryson Wallace) driving a white Chrysler pulled in front of her causing her to stop,” the police report states. “The suspect exited the passenger side with a brown and black rifle stating to the victim to keep whoever she has driving her car, out of it. The suspect then fled the scene.”

Police later located the suspect’s vehicle was located and a traffic stop was initiated.

“The suspect pulled into the parking lot of Zipy’s Store on Old Washington Road,” the police report states. “During the traffic stop officers recovered the weapon (Mini-Draco) a 7.62 caliber pistol and a Smith & Wesson 40 caliber pistol. The officers also recovered approximately 37.7 grams of marijuana, four dosage units of what is believed to be crystal meth and 19 pills believed to be ecstasy. Both crystal meth and ecstasy are classified as a schedule I drug.”