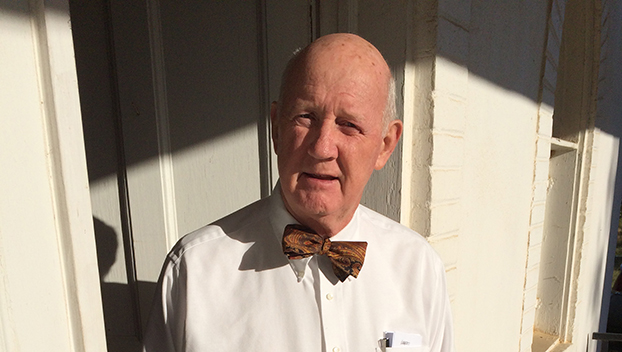 NATCHEZ — Friends and family members remember Larry Little, who died April 30 at the age of 79, as a prominent educator in Mississippi and a devoted servant to his faith.

Little was a school administrator for numerous school districts, including Vicksburg-Warren School District and the Natchez-Adams School District. His educational career spanned for more than four decades.

Adolph Wagner, Little’s uncle, said there was so much that Little had done in his life.

“Everybody liked him,” Wagner said. “He was quick to give a helping hand whatever it took to get the job done and make it better on people. He’s the reason I went to college. He was big on everyone needing an education.”

Little was one of several prominent educators and community leaders who made Warren Central High School in Vicksburg into one of the premier high schools in Mississippi in the 1970s and 1980s.

During his tenure at Warren Central, the curriculum at the high school more than tripled, from 47 to 169 courses and guidance services and programs implemented included student self-programming, a career information center, structured guidance program grades 7-12, job placement and referral and a development of systemic curriculum including instructional guides and teaching resource units and criterion test banks for all subjects.

“I considered him to be a very personable person,” Johnson said. “He was one that was concerned about the school district, the children and the public he served. He was a very likeable person and you could discuss issues with him. He was a remarkable man.”

Denise Ford also worked in administration with Little at Natchez-Adams School District.  Ford said Little was like family to her.

“He was very precise about the way he worked,” Ford said. “We had that personal relationship and he didn’t mind me doing some of the work that he did. One of the things I’m going to remember of him is the pride he had in the various school districts. Mr. Little enjoyed working for whatever school district he worked for. He made sure that they stood out.”

Besides working in various school districts, Little involved himself in his faith.
The Rev. Robert Armstrong, senior pastor at Church Hill Methodist Church in Natchez, said he knew Little for more than 20-plus years.

“In my mind, Larry was a saint in layperson’s clothing,” Armstrong said. “He was always trying to do something for other folks to make their lives better. He was one in a million.”

Armstrong said he remembers Larry going down to Petatlán, Mexico, and building a church with some other people. Armstrong said that was the type of person Little was, making everyone’s life better.

Wagner said he remembers Little and another friend going to the cemetery near Churchill Methodist Church and cleaning the graves last summer.

Skylar Temple, Larry Little’s niece, said she is going to remember Little being genuine and kind.

“He was a giver through actions of kindness,” Temple said. “He decorated the Christmas tree at the Churchill Methodist Church, many of the ornaments he made by hand. He also led their song service for many years. He was funny, witty and had the best laugh. He was a kind soul, a dedicated servant of Christ and a true gentleman all of the way to his colored bow tie.”

Blood Drive for ACCS student who was injured in car wreck

NATCHEZ — Mississippi Blood Services will host a blood drive from 12:30 to 5:30 p.m. on Friday at Sweet River... read more