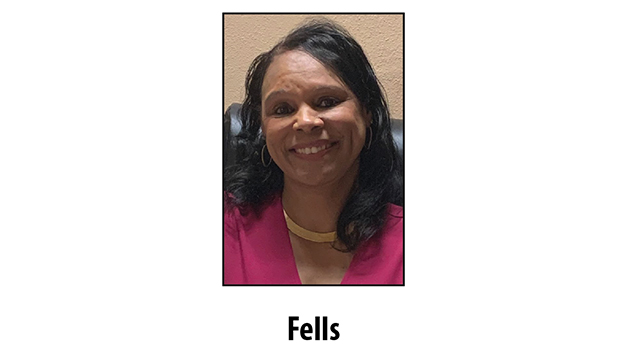 “I had always dreamed of helping people,” Fells said.

The E-911 Advisory Board, Slover said, decided in January to make the E-911 office separate from the Emergency Management Department.

“I don’t think that it gave (Robert Bradford) enough time to focus on emergency and dispatch, so they decided to reorganize it,” Slover said. “They put (Bradford) over emergency and have Annette answerable ultimately to the board of supervisors and in charge over dispatch.”

Houghton said Fells was the only person who applied for the position.

Fells has worked in the dispatch field for 22 years, she said. She first became a dispatcher for Natchez Police Department and served 16 years as a dispatcher there.

When Travis Patten became sheriff in 2016, Fells said she became a dispatcher for the Adams County Sheriff’s Office for two-and-a-half years.

“Since she has come back, she has been doing an excellent job,” Neely said, adding Fells first day was March 9 and since then the command center has been running well. “Everything is a lot smoother, and we’re not getting the same complaints as we have had before.”

Fells said she has some goals in mind for Adams County.

“We’re trying to upgrade the scale of the Adams County dispatch center and by doing so we’re trying to make sure the citizens and all departments of safety are safe,” Fells said.

Green said he likes Fells’ honesty, integrity and her willingness to learn.

“There’s always a new process that’s going on,” Green said. “Being the E-911 director, there are a lot of times that each department will have a complaint that needs to be addressed. Fells’ is open to the complaints and helps to solve the problem.”

Armstrong said he thinks Fells is going to lead the command center to a whole new level.

“We have already noticed an increase in staffing,” Armstrong said. “We’re hearing fewer complaints from both the citizens and the law enforcement (particularly from the police perspective. We’re starting to see progress and moving the center in the direction that we feel that it needs to go.”

NATCHEZ — A granite stone, approximately 6-feet tall and 12-feet long and engraved with the names of 486 people... read more