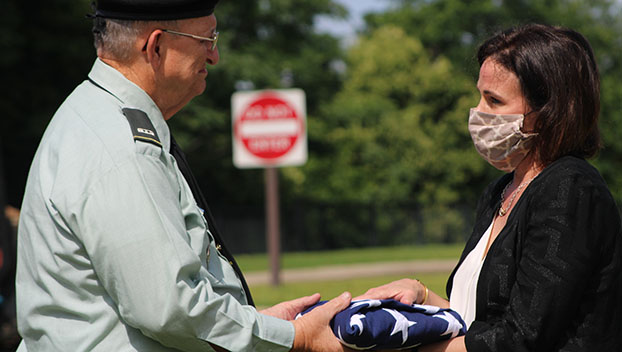 Both played sports as children, both grew up in Indianola, both were born on April 12 and both served in the Vietnam War.

Donald Robinson said one thing was different between his twin brother and himself: they were both in separate U.S. Army units during the Vietnam War.

“I prayed for him every day, and I think he prayed for me,” Donald Robinson said. “We were hoping that we would both make it home safely. We never knew when we were going to see each other.”

Both Robinson brothers made it home from Vietnam alive and both served in the military for 20 years.

Ronald Robinson died on May 2 and was buried on Friday at Natchez National Cemetery.

“It was too far away to bury my brother at Fort Polk National Cemetery because I live in Leesville (Louisiana),” Donald Robinson said. “I didn’t want him to be buried too close to me because I would go to the cemetery and camp out. I had to have him a little bit farther out.”

Donald Robinson said the first night in Vietnam scared him.

“It was the first time I experienced combat,” Donald Robinson said. “I was wondering if the same thing was happening to my brother.”

Donald Robinson said both him and his twin brother returned different times from serving in the Vietnam War.

“The first interaction after the war I had with my brother was very good,” Donald Robinson said. “It was good to be able to relax. We would get together and talk about what had happened. I’m thankful that God brought us back safely, and we both came back to raise our children.”