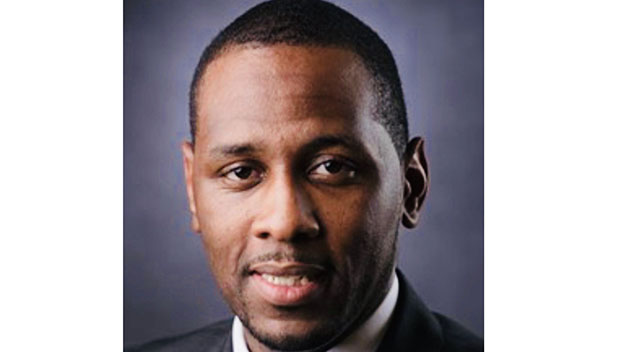 NATCHEZ — Delvin Thompson is back at Jefferson County High School after an 18-year absence.

This time around Thompson is back as the new athletic director and head coach of the boys basketball team for the new school year.

Thompson played basketball for the Jefferson County High School Tigers from 1999-2002. He led the Tigers to regular season, district and south state championships.

“I was thoroughly impressed with Thompson’s resume and track record of success,” said Adrian Hammitte, Superintendent of Jefferson County School District. “He did a tremendous job building the program at Saint Aloysius High School in Vicksburg. He also had success at Alcorn State University, helping student-athletes obtain victories on and off the court as evidenced by their season record and 100% graduation rate. Moreover, I felt that his ability to lead by example, coach, mentor and build programs would be extremely important in taking our basketball program to the next level.”

Thompson replaces Marcus Walton, who Thompson played for when he was in high school. Walton coached at Jefferson County High School for approximately 23 years. Thompson said he’s going to build off of the foundation that Walton created as a head coach.

After graduating from Jefferson County in 2002, Thompson played one season at Utah Valley University in Orem, Utah and then transferred to Alcorn State University.

For the Braves, he scored 1,345 points in three seasons and ranks third all-time in scoring in school history among three-year players.

Thompson said his leadership is the experience he’s going to bring to Jefferson County.

“Having played at the collegiate and professional levels, you learn a lot,” Thompson said. “My experience coming in will allow me to make adjustments.”

As an assistant coach at ASU, Thompson said his emphasis was on improving the backcourt of player development. He played a vital role in recruiting for Alcorn State and brought in a Top-10 freshman from the state of Mississippi in 2017-18.

As the next athletic director at Jefferson County High School, Thompson said he wants to change the culture of academics.

“We’re trying to get kids into college and a lot of kids want to make it to college playing sports and get athletic scholarships,” Thompson said. “Our goal is to get kids to the point where if they don’t get the athletic scholarship, then they would have a high GPA to at least apply to get an academic scholarship. That way the kid’s dream is not killed and at least they will have an out. I think if we win in the classroom, then we will win on the court. You have to win in both academics and athletics.”

NATCHEZ — Almost all tennis tournaments that were scheduled to take place between early April through the rest of the year... read more