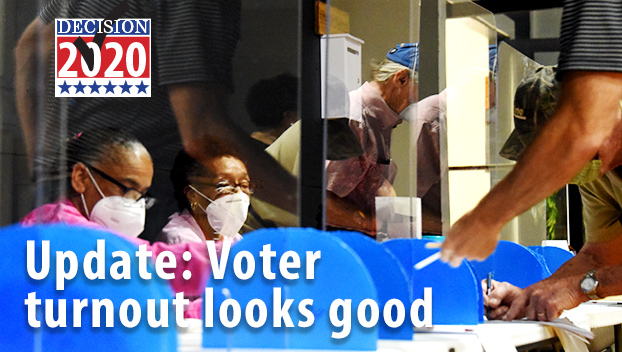 Local election officials say they expect this year’s voter turnout to meet or exceed the turnout from four years ago when more than 50 percent of registered voters cast ballots in the Democratic Primary of the 2016 municipal election.

Adams County commissioner Larry Gardner said voter turnout has been steady and relatively problem-free Tuesday in the precincts of the city’s six wards.

“I think we have a pretty good turnout,” Gardner said. “You can’t beat the weather.”

More than 4,500 people voted in the Democratic Primary in 2016, more than half of the city’s 9,000 registered voters, Gardner said.

“I am thinking we should match those numbers, maybe do a little better with those absentees,” Gardner said.