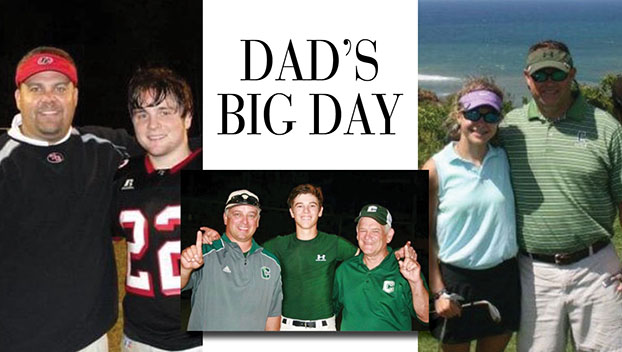 Fathers create special bonds with children on field of competition

NATCHEZ — Several fathers in the Miss-Lou have found that coaching their children on the athletic field has helped them bond and spend more time together both on and off the field.

David King and Kent King are one of the father-and-son duos who bonded through sports.

David King was the head coach of the Trinity Episcopal High School Saints football, basketball land baseball teams. Kent King played for his father on all three Saints teams that his father coached.

“Playing under him was all I knew,” Kent King said. “It was a real good experience in being on the championship winning teams. My life goal was accomplished when we won those championships.”

Meanwhile in the Beesley family, coaching has been passed down from father to son for at two generations.

In 2004, Craig Beesley took over coaching for the Green Wave from his father.

Andrew Beesley began playing for his father in 2012 and played under his father until Andrew graduated in 2016.

Craig Beesley said he was fortunate to keep the coaching tradition going when Andrew Beesley played for him.

As Andrew Beesley grew up, he said it was a lot of pressure for him knowing that he was going to play for his father at Cathedral.

“When my dad coached me, he made it feel like he was just another coach,” Andrew Beesley said. “I was always grateful for that. There was never too much pressure with him being my dad. He was more of a coach to me.”

“It was special being able to win a state championship with your son on the team,” Craig Beesley said.

Besides being an athletic trainer, Chandler Russ played golf for the Lady Green Wave golf team from eighth grade until she graduated from high school in 2015. She said due to playing golf she got to spend more time with her father.

In the end, for players who have their fathers as coaches, Chandler Russ said it is special.

“It is not about the sport at the end of the day,” Chandler Russ said. “You are learning life lessons because it is your dad. You get to make all of these memories on top of succeeding at a sport. It is like everything wrapped up in one, and it is super special. I would not have traded that experience for anything in the entire world.”

NATCHEZ — Natchez Police arrested two young men and are searching for another man in connection with a June 6... read more