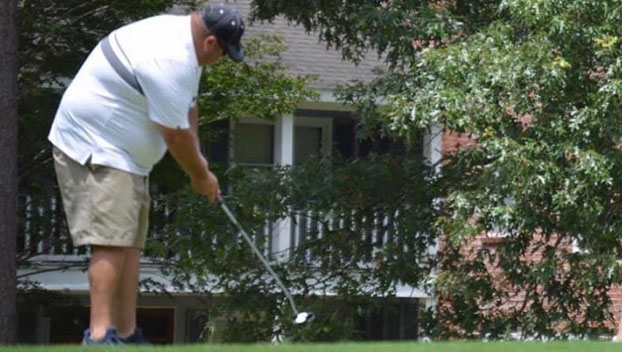 NATCHEZ — The 2020 Beau Pré Memorial 4-Ball Tournament will take place this Saturday and Sunday at Beau Pré Country Club with tee times starting at 8:30 a.m. and going through 1:30 p.m. both days.

This was originally supposed to have been the annual Spring Pilgrimage 4-Ball that was originally scheduled for April 4 and April 5, but Beau Pré golf pro David Meyer had to postpone the event to a later date due to the COVID-19 pandemic and then rename the event.

When asked what exactly a 4-ball tournament, Meyer said he described the tournament as two players on a team.

“Player A makes four strokes and Player B scores six strokes,” Meyer said. “The team score is four. It is whoever has the best score for the team (on each hole).”

Last year the winning team of the Spring Pilgrimage 4-Ball, which was held March 23-24, was the father-son duo of Tom and Jackson Bryant from Natchez. They had rounds of 60 and 64 for a two-day score of 124 to take first place in the championship flight. This year, however, there will be a new winning team.

“Tom will be playing with his other son, Tripp. Jackson will not be playing this year,” Meyer said.

As of Wednesday morning, 64 teams have signed up to play in the two-day tournament. Along with Tom and Tripp Bryant, there will likely be several other contending teams.

Among those Meyer mentioned are Trampus Butler and Donte Caldera; Dustin Harris and Cade Hebert; and Jordan Farmer and Lee Jones.

“There’s many teams who will do really well,” Meyer said. “About 30 local teams (have already signed up). The rest are from out of town. They will stay at various hotels in Natchez. They will spend their money in Adams County and Natchez.

TOKYO (AP) — Japanese high school baseball players, heartbroken because their annual tournament was canceled due to the pandemic, are... read more