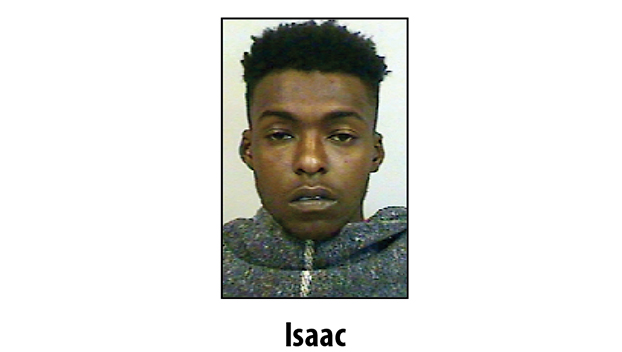 NATCHEZ — Natchez police have arrested a third suspect in a June 6 shooting at the Holiday Apartments that sent two men to the hospital with non-life-threatening injuries.

Natchez Police Officers apprehended Omari Isaac, 21, on Wednesday and charged him with two counts of attempted murder and one count of shooting into a vehicle. Isaac’s bond was set at $750,000, according to Walter Armstrong, Natchez police chief.

Isaac is the third suspect in a June 6 shooting at the Holiday Apartments in which Natchez police officers responded to a report of shots being fired in the area of 601 Old Washington Road and found a damaged, parked 2004 Nissan in front of an apartment building with a possible bullet hole in the front windshield.

While officers were at the scene, they were notified of two gunshot victims at Merit Health Natchez. One of the victims was treated locally and released. The other victim was transported to the University of Mississippi Medical Center in Jackson.

At the time of his arrest Wednesday, Isaac was out on bond for an earlier shooting incident on May 30, 2019, in which a subject was shot in both knees and was flown to Rapides Medical center.

Armstrong commended officers of the Natchez Police Department for arresting Isaac and several other recent arrests, including arresting a suspect in the case of the Turning Angel statue being knocked off its pedestal in the Natchez City Cemetery last week.

“I want to commend the officers of the Natchez Police Department for working hard and making these arrests and bringing closure to these cases,” Armstrong said. “I also want to ask the public to join with us in our efforts to make our community safer by getting involved in public safety in their neighborhoods.”

Armstrong asked residents to be aware of their surroundings and to report any suspicious activity.

“If a crime does happen in their community,” Armstrong said, “they can report those crimes by calling 911, or if they feel more comfortable speaking to the police department directly, they can call over there (601-445-5565) and speak to anyone in the investigative division or in the patrol division or they can speak directly to me.”

Armstrong also said if a crime involves a violent act or a burglary people can also call Crime Stoppers at 601-442-5000, which is anonymous.

“They don’t have to give their name, just the information and they will be given a secret code to call back and check on the status of their tip periodically without giving their name but only the code that they were initially assigned,” Armstrong said.