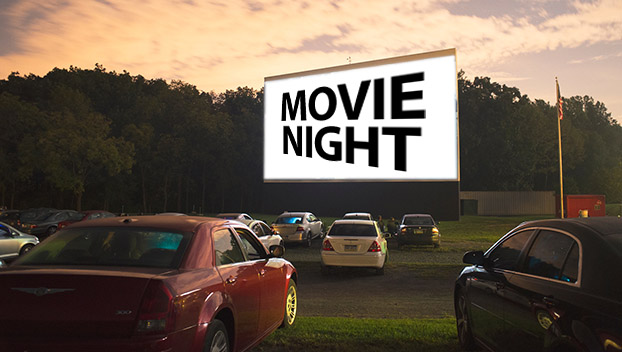 NATCHEZ — This weekend, the old Isle of Capri casino parking lot on Silver Street will be transformed into a drive-in movie theater with its first shows overlooking the Mississippi River at sunset.

“We’re erecting the screen today,” said Thor Juell, who is a partner in the Movies on the Mississippi project with local entrepreneur Tate Hobdy.

Juell said the 30-by 40-foot screen would be large enough to be viewed by some 120 cars parked in the lot and the movie sounds would be broadcast through FM radio for a high-quality cinematic experience that still observes social distancing amid the COVID-19 pandemic.

“It works really well from a COVID-19 perspective because it is set up to be as safe as possible,” Juell said.

Juell said tickets are $25 per car, per movie, with no limit to the number of people per vehicle and must be purchased in advance at moviesonthemisssissippi.com or the Movies on the Mississippi Facebook page.

Participants will be provided with a QR code to be scanned at the gate, Juell said.

Tickets can still be purchased up until showtime and cash will not be accepted on-site, he said.

Ample spacing between vehicles will allow parties to tailgate if they choose, Juell said. Those who must leave their vehicles to use on-site bathrooms or for any other reason are asked to wear masks and practice social distancing, he said.

Juell said Movies on the Mississippi has also partnered with Rolling ‘N’ the Dough, which will be selling nostalgic candy, drinks, popcorn and their signature edible cookie dough for concessions that can be picked up before showtime at the store on Franklin Street.

Proceeds from ticket sales will be directed by the Natchez Adams Chamber of Commerce to fund and promote Natchez’s future events, Juell said.

Juell said if the drive-in theatre is a success, he hopes to see it continue as an annual tradition in Natchez even after the COVID-19 pandemic passes.

“In the evening time, right as the sun is going down, this is a really beautiful location for a drive-in,” Juell said. “We’re hoping that we have a good turn out and it could turn into an annual event and be used for Christmas and Halloween festivities. … This could become part of the Natchez movie experience.”

Juell said Movies on the Mississippi has also partnered with Sarah Orlando of High Key Creative to design their website and marketing material on social media and the first posts about the event went viral.

“We had around 150,000 people respond to our first post,” Juell said. “It has been one of the most viral social media activities that I’ve ever been a part of.”

Friday and Saturday nights will have two showings, one at 8 p.m. and one at 10 p.m. and one showing on Sunday at 8 p.m., Juell said. The first movie each night will be a kid-friendly feature and the second will appeal to an older audience.

The gate will open 30 minutes before shows.

Friday’s movies will include the animated feature “Onward” at 8 p.m. and “Get On Up” at 10 p.m., which is a Natchez film directed by Tate Taylor.

Other movies that are scheduled include “Sonic the Hedgehog,” “Trolls World Tour,” “Hidden Figures” and “The Sandlot.”

Showtimes and tickets can be found online at moviesonthemisssissippi.com or the Movies on the Mississippi events page on Facebook.

NATCHEZ — Adams County had 81 active COVID-19 cases as of Thursday, which local officials say is the highest rate... read more