ACCS seniors graduate, and ‘It is well with their souls’ 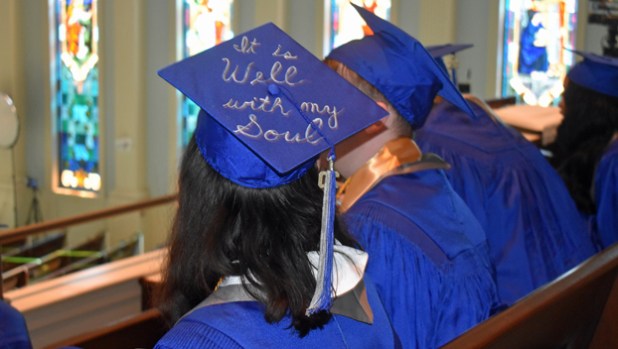 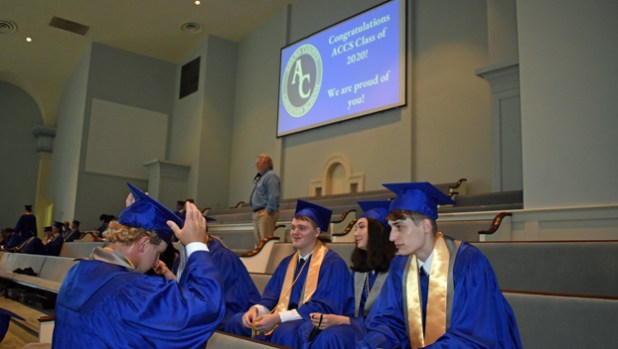 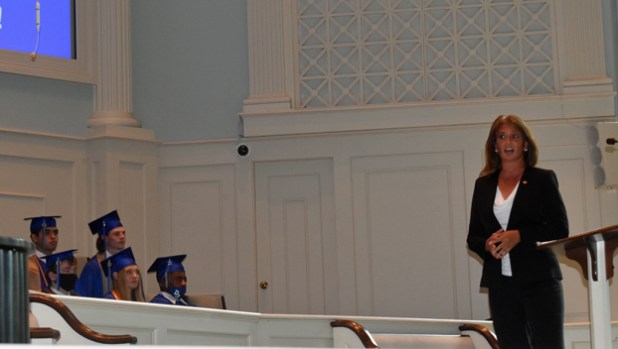 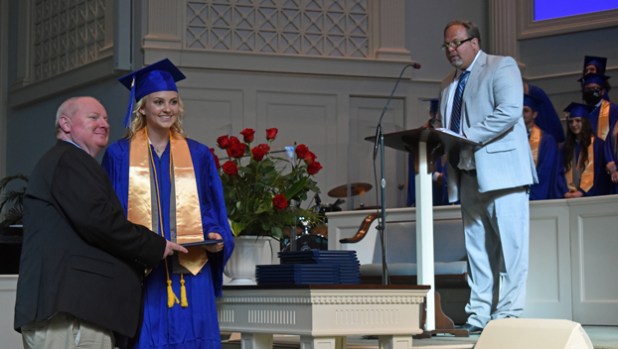 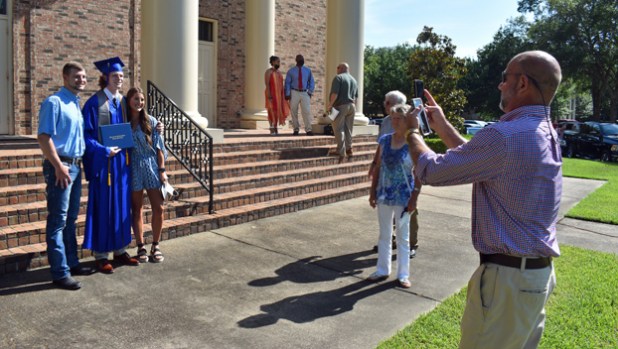 The graduation ceremonies were split up to allow room for social distancing due to the COVID-19 pandemic. A crowd of approximately 100 people sat spaced out in pews marked off to observe social distancing guidelines in the church sanctuary that was illuminated by the afternoon sun shining through large stained-glass windows that line both side walls of the spacious sanctuary.

Photographs of ACCS seniors during current day followed by pictures of them as babies flashed on large video monitors flanking both sides of the pulpit before the seniors marched down the aisles and filed into the choir section behind the pulpit as a piano player played “Pomp and Circumstance.”

Sojourner congratulated the students for arriving at this point in their lives and challenged them to remain true to themselves and never to forget where they came from.

“These are the times when character is built,” Sojourner said

Salutatorian KaLeigh Davidson gave a speech reminiscing about the lessons learned during the tough senior year of the COVID-19 pandemic and challenged classmates to carry the lessons with them.

Valedictorian Maggie Gray addressed the group and told them that despite the hardships of the past year, “It is well with my soul,” quoting a familiar hymn.

Then the students each received their diplomas before departing to make their way into the world. 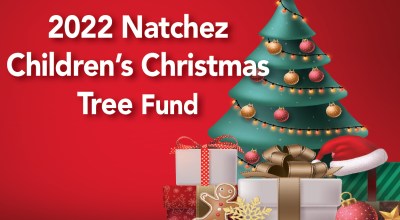