Nearly half of Mississippi residents under coronavirus face mask mandate 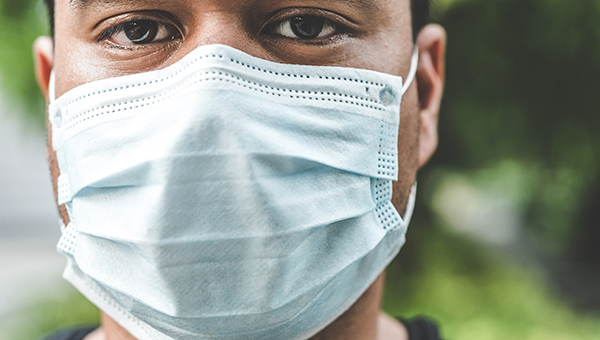 More than 1.4 million Mississippians are now under a mandate – imposed by Gov. Tate Reeves – to wear a mask in public and while shopping.

On Monday, the first-term Republican governor added 10 counties to the original 13 he had placed under a mandate on July 10 to wear a mask in public crowds in an effort to try to combat the spread of COVID-19.

The new executive order will remain in effect until Aug. 3.

State Health Officer Thomas Dobbs said the state’s health care system is at the point of being overwhelmed.

“If we don’t see a decrease in transmissions immediately, it is pretty likely the health care system will be thoroughly overwhelmed,” Dobbs said Monday during the news conference he and Reeves had to provide an update on COVID-19. He said hospitals already are converting emergency rooms into intensive care unit beds.

Dobbs said statewide there are 293 cases of coronavirus being treated in intensive care units – representing 40 percent of all patients in intensive care. He said nine hospitals – mostly the state’s larger ones – have no intensive care beds and there is one ICU bed in the Jackson metro area.

While covering only 23 of the state’s 82 counties, the mask mandate encompasses many of the state’s most populous counties, such as Hinds, Rankin, DeSoto, and Harrison. The state has a total population of just under three million residents, according to the latest census data.

Mississippi, which has seen a surge in both positive tests and coronavirus hospitalizations, is in a red zone where a statewide mask mandate and the closing or bars and gyms in hotspots are recommended, according to an internal document from the White House coronavirus task force. The report also recommends increasing testing and contact tracing.

The Mississippi State Medical Association, a physician group, has also called for a statewide mask mandate. Reeves has rejected a statewide mandate, saying it is more effective and will encourage community participation to target the state’s hot spots, though he and Dobbs stress that people statewide should wear masks and practice physical distancing of remaining six feet apart when possible.

The criteria for counties chosen for the mandate include having seen 200 new cases within the last 14 days or having had an average of 500 cases per 100,000 residents over that time.

Under the executive order, groups of more than 10 indoors and more than 20 outdoors are banned.

“COVID-19 is spreading and killing in our state. It is not a hypothetical. It is happening,” Reeves said.

At the news conference, it was reported about 30 members of the Legislature have contracted the coronavirus with multiple members hospitalized – some in serious condition.