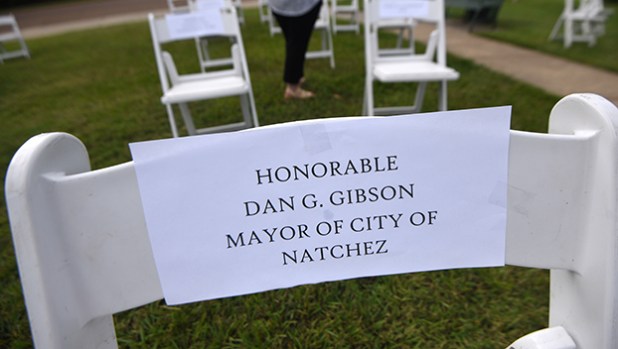 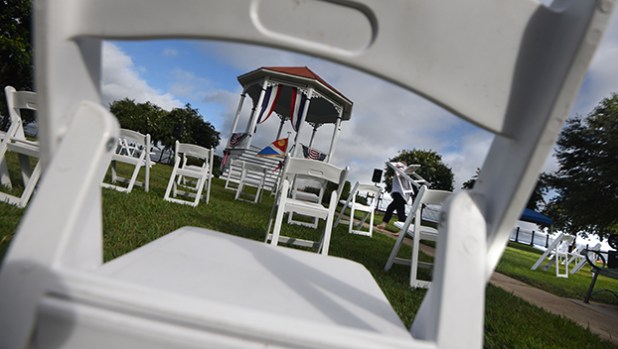 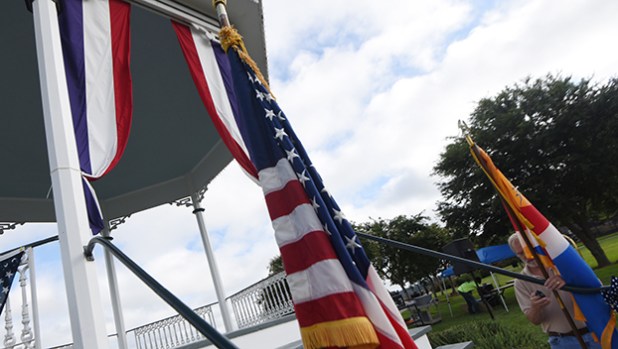 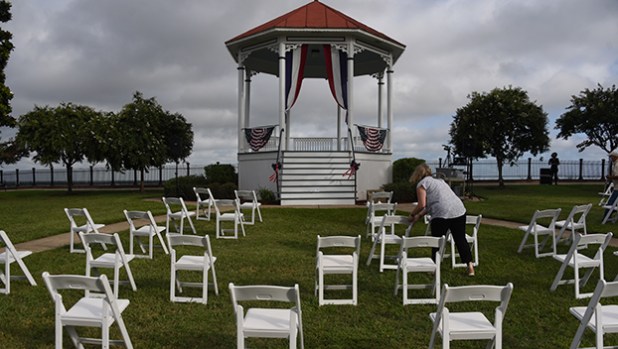 NATCHEZ — Natchez will celebrate the beginning of a new era this morning.

At 10 a.m. on the Natchez bluff, Mayor-elect Dan Gibson, the Natchez Board of Aldermen and Municipal Judge Lisa Jordan Dale will take their oaths of office at the city’s swearing-in ceremony.

Gibson said Friday’s ceremony would be a time of celebration.

“We also want this to be a time where we honor so many who have done so much for our community and we want to recognize that this is not just my inauguration. This is our inauguration,” Gibson said.

Gibson said the inauguration would be an open-air event, allowing people to be socially distanced.

“We want everyone to be safe and wear their masks,” Gibson said.

In addition to his inauguration speech, other speakers for the event will include pastor Ruby Mallory who will offer the opening prayer and Caroline Curtis Deason, who will provide a greeting.

“We asked Caroline to be there to invoke the spirit of (her late husband) Kevin Deason, because I would personally not be here in this position had it not been for Kevin’s influence in my life,” Gibson said. “Kevin was all about unity in the community and that will be Caroline’s message.”

After remarks from Grennell, the oaths of office will be administered for Gibson and the board of aldermen.

“Jim and I go back 25 years in Crystal Springs. His father was a longtime mayor of Crystal Springs,” Gibson said. “It is a really great connection and we are excited.”

Gibson said the event would be kept short, and the length of the speeches will be limited because of the heat and the current COVID-19 pandemic. Unlike in previous years, there will be no reception after the event. For those who can’t attend, the ceremony will be live-streamed on the city’s Facebook page, Gibson said.

“We don’t want people to be out there too long. We are not having a choir or a series of songs. We have to be very respectful of everyone and the situation we are in,” Gibson said.

The first meeting of the mayor and board of aldermen will begin at 2 p.m. Friday at the Natchez Convention Center, Gibson said.

The center will be set up where people can participate while being socially distant, Gibson said.

“Where we can conduct the city’s business in public and not on the phone,” Gibson said. “It is our goal now moving forward that our meeting will be in clear view.”

Gibson said city board meetings would be at the convention center until it is safe to return to the city council chambers. Meetings will be live-streamed on the city’s Facebook page, Gibson said.

“We realize that a lot of people can’t attend under these circumstances,” Gibson said. “We want them to be able to see their government in operation.”