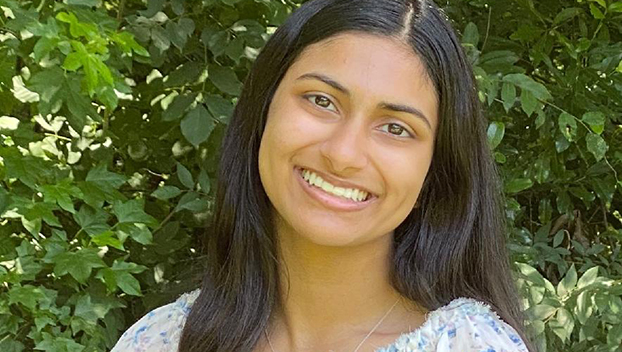 Sami Dulam of Natchez said she and a handful of her peers started the non-profit called RoundTable. (Submitted)

NATCHEZ — A high school senior founded a non-profit organization that aims to both feed families displaced by the COVID-19 pandemic and support restaurants in her home community at the same time.

Sami Dulam of Natchez said she and a handful of her peers from Deerfield Academy in Massachusetts started the non-profit called RoundTable, which utilizes donations to purchase restaurant food for those who are unemployed due to COVID-19.

“When we moved to online school, we had a little more free time to think about how grateful we were to have what we have and others who weren’t so lucky,” Dulam said. “… We started brainstorming ideas of ways we could help as many people as possible in the communities we call home.”

“Essentially, our goal is to alleviate some of the damage that COVID-19 has caused, specifically the economic damage,” Dulam said. “Not only are we trying to help local businesses but people faced with unemployment caused by COVID-19. We’ve been doing research and unemployment rates have skyrocketed to Great Depression levels. What we’re trying to do is act as a connection between donors, restaurants and people in need within the same communities.”

Dulam said since the group launched a webpage and social media presence last week, roughly $4,000 had been raised for the Natchez area.

“Once we become grounded with enough donations we have a waitlist of recipients that we will help on a first-come, first-served basis,” Dulam said.

Dulam said 100% of the proceeds would be spent at non-fast food chain restaurants that have felt the brunt of the pandemic after the forced closures and reduced capacity COVID-19 has caused so that the families in need can then pick up a free meal at one of their local restaurants.

Donors also choose the community where their contributions will be spent so their donations will directly benefit the people and community they love, Dulam said.

The recipients of the meals fill out a survey that lets RoundTable know their, email, phone number and household size and provide some documentation that shows they were unemployed during the COVID-19 pandemic, Dulam said, adding all of the information provided is kept confidential.

“Anyone interested in starting a chapter in their community is free to do so,” Dulam said. “We’re constantly growing as we reach more people. … We will also support any and all local restaurants that aren’t listed.”

Recipient applications and donations can be made at www.weroundtablenp.org, Dulam said.

“I would like to urge people to donate and not only support local restaurants in the town that they love but also support the people whose employment has been impacted by COVID-19,” she said.