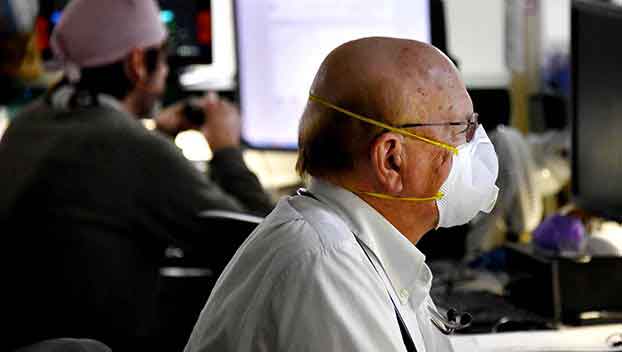 Mississippi physician on virus doubters: ‘Some of them just have to go pee on the electric fence themselves’

A Mississippi physician says for people who discount the dangers of the COVID-19 threat to change their minds, they’re going to have to feel personal pain, recounting his own rough treatment by a sergeant during his military service.

“You can tell people all you want,” said Natchez physician Dr. Lee England, who leads the City of Natchez’s COVID-19 task force. “I had a sergeant once that looked at me really, really hard. His face was red and his neck veins stood out like ropes.

“He said, ‘England, some of them, I just gotta tell and some of them just have to go pee on the electric fence themselves. which is it going to be?’ Right then I really wished he thought I was a good listener,” England said this week during a meeting of the city’s task force.

England was explaining to members of the city’s task force what has to happen to get people to take the recommended precautions intended to slow the virus’ spread seriously.

“It’s an element, that you just have to keep repeating it. Finally, the reality comes that other places are going back into lockdown,” he said. “It’s going to be that reality occurs to people at different moments, probably when a relative gets sick and dies. You wish it didn’t have to come to that, but that sergeant back then was right.”

England said to slow the outbreak and help get society back to some bit of normalcy, people must change their habits.

“Unless we are very strict about the masking, that’s our only hope of having an economy,” he said. “There’s a widespread belief that the economy is just going to snap back together.

“I maintain that you get to the point of an overrun hospital or a close relative of somebody finally dies people … just they want to think — and it’s magical thinking — but they want to think that this is over and that it’s all temporary. It’s not.”

NATCHEZ — Natchez will celebrate the beginning of a new era this morning. At 10 a.m. on the Natchez bluff,... read more