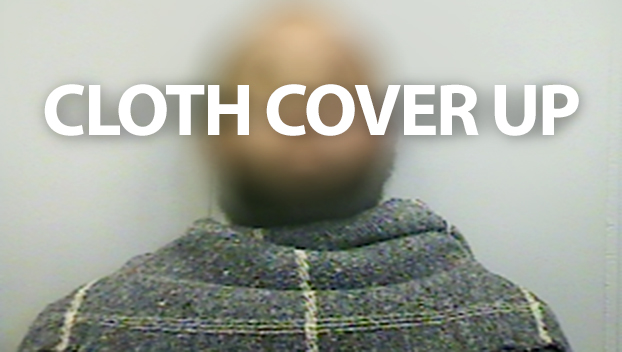 NATCHEZ — Many people who pay attention to crime reports from the City of Natchez Police Department have noticed a peculiar feature in the suspects’ booking headshots — each suspect is covered with a drab looking cloth.

The purpose of covering the suspects with the none-descript cloth is to take the focus off of the suspects’ clothing, said Walter Armstrong, Natchez police chief.

“They put that little ole scarf around people down here at the jail to make them all look alike,” Armstrong said.

By covering the suspects’ clothing in the photographs, people viewing the pictures of suspects can focus only on the suspects’ faces, Armstrong said.

“It is a benefit to an investigation if they have to do what we call a line up. Of course we use pictures for that,” Armstrong said. “Nevertheless everybody would look alike and we found that to be easier for someone to pick out the right individual that may have been involved in some type of crime because they will only be focusing in on their face as opposed to any other clothing that may serve as a distraction.”

Armstrong will have been the Natchez Police Chief for three years as of the first week of August and he said the local police department started using the scarf coverings in booking photos not long after he arrived in Natchez.

Armstrong said the Vicksburg Police Department, where he was the chief of police for eight years before moving to Natchez, was covering suspects’ clothing with scarves the whole time he was there and that the practice is utilized by many police jurisdictions throughout the nation.