Unknown seeds from China end up in Natchez couple’s mailbox 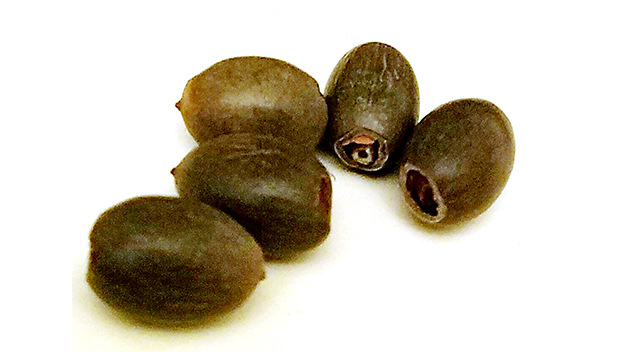 Rebecca and Shot Gwin recently received in their mailbox a package of unknown seeds from China. They join other residents across the country who have received similar packages. (submitted)

NATCHEZ — Rebecca and Shot Gwin were immediately suspicious when a small package of unknown seeds were delivered to their Natchez house last month.

The Natchez couple joins residents from across the country who have reported similar packages containing unsolicited seeds from China.

“They showed up,” Rebecca Gwin said. “The package came about a month ago. It was labeled beads. I just set it off to the side with no intentions of planting it.”

“When I told (Shot about the delivery) he said, ‘You are not going to plant those are you, because you don’t know what you are planting?’” Rebecca said.

Rebecca decided to call the Mississippi Department of Agriculture after reading news reports about people in Iowa, Arizona, Louisiana and other states also receiving unsolicited seeds from China.

By 10:30 Monday morning, the department had sent someone to pick up the seeds from the Gwins’ house.

“They were very interested in getting the seeds and told me not to throw them away,” Rebecca said. “Thank goodness I saved the package. They hope they can get the post office involved and back track where the package came from.”

Rebecca said she was told not to throw away the seeds, because they could potentially end up growing in a landfill, where they could propagate and spread.

In recent days, agriculture officials from across the country have been warning residents who receive packages of unsolicited seeds from China, or any foreign country, not to plant the unknown seeds because of the unknown impact such a plant could have on the environment.

“We are aware that citizens in Mississippi, as well as other states, have received unsolicited packages of seed appearing to be from China over the last few days,” Gipson said. “We are working closely with the USDA’s Animal and Plant Health Inspection Service on this issue.”

Gipson said he did not want to scare anyone and that seeds did not appear to pose a danger to human health.

“But any foreign seeds can have a negative impact on our environment as a threat to plant and animal health, and to agriculture,” Gipson said. “Also, foreign seeds could carry fungi or pests which could cause great destruction to our native ecosystem.”

As a local forester, Shot Gwin said he has seen the devastation caused by non-native plants.

“Think about the Chinese tallow tree a highly invasive plant. In areas it can take over a field in just a couple of years — completely take it over,” Shot said.

Equally invasive are the Chinese parasol tree, the royal paulownia tree and the mimosa, all non-native plants that are causing problems in the United States.

“Parasol trees are beautiful trees. They grow incredibly thick and close together so that nothing else can grow beneath them,” Shot said.

The parasol trees, the tallow tree and the mimosa can be easily found in the region Shot said.

“The mimosa has been around for years,” Shot said. “They can take over a place if left alone. They are hard to kill.”

Shot said he and his wife have been working to get rid of a mimosa tree in their backyard, which continues to come back after being cut down.

“I am still fighting it and the tree has been down for six or seven years,” Rebecca said.

Some officials believe the shipments of seeds are likely the product of an international internet scam known as “brushing.”

“According to the Better Business Bureau, foreign, third-party sellers use your address and Amazon information to generate a fake sale and positive review to boost their product ratings,” said Phil Wilson, director of the North Carolina Department of Agriculture’s Plant Industry Division.

Rebecca and Shot said they are not sure they believe that the seeds are part of a “brushing” scam after seeing the types of seeds that have been sent.

“Why would they send me one kind of seed and you another kind of seed?” Rebecca said. “Other seeds are totally unlike the ones I have seen. That is really odd. You would think it would be all of the same seed.”

Shot said he is against planting any seeds from plants that are not native to the area.

“If those seeds belonged in this country, God would have put them here,” Shot said. “I am terribly against bringing in something that is not native to our country or into our area that is not supposed to be here.”

“You could destroy our ecosystem,” Rebecca said.

Gipson said he cannot stress enough the importance of contacting his office regarding the seeds.

“Your assistance will help us to prevent the unlawful entry of prohibited seeds into the country and protect against invasive pests and noxious weeds,” Gipson said.