It’s easier to play victim than be accountable 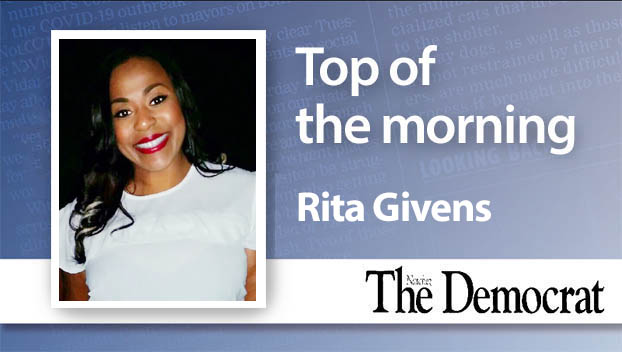 Accountability is a willingness to accept responsibility for one’s actions. And while sometimes it is easier to play victim because it excuses us from taking a look at ourselves in the mirror of truth, it does not excuse our actions to those affected by them.

I believe most will agree that the final race for Mayor of Natchez between Mayor Dan Gibson and former Mayor Phillip West was rather explosively divisive.

While historical facts will always remain an important chapter and cause for conversation, I am not referring to the city’s past transgressions of being racially divided between Black and white citizens, but I am referring to the much more pervasive discord within the Black community.

This may not seem like a huge issue to most, but prior to returning to live in the city full time last year, I have spent all of my adult life outside of Natchez. I departed the city only two short days after graduating from Natchez High School in 1998, and aside from short weekend visits to spend time with family, most of my time has been spent in major metropolitan areas including Houston and Denver.

Both cities have a huge transplant demographic, so they were both melting pots of mixed races and cultures. Simply put, I have grown quite accustomed to living and working in diverse environments where being the “best city to live” is usually a common goal and shared desired outcome for all citizens involved, no certain focus on skin color.

The latest round of political campaigning ripped the already overly tone-deaf sense of unity in the Black community to complete shreds. On one hand we had the former holder of the highest office in city government race baiting the Black community, painting anyone who dared rely on policy, professionalism, and value alignment, as a traitor to the community.

From the floating accusations of the mayor-elect “buying” voter support, to the outright harassment and intimidation of any Black citizen deemed not “on board” with their agenda, it was sheer abuse of power and influence. And on the other hand, we had a Mayoral candidate aiming to unify the city.

For far too long, the Black politics in this community have taken on the role of telling other Black people what to do, think, say and vote. The Voting Rights Act of 1965 ended voting discrimination, yet here locally, some Black people seem to think it was simply a transference of control from white supremacy to certain Black entities on a power trip for control. To them, telling others what to do, and blackballing those who refuse to simply get in line, is an example of activism and representative of what being “for” the culture really equates to. This notion is telling by the fact that no Black elected city official has seen fit to review the standing city ordinance codes written in 1969, during Jim Crow. Honoring our most authentic selves, being of individual thought, and expecting a high degree of decorum from seasoned political veterans is frowned upon, and is apparently punishable by having your “blackness” stripped away.

While others may fight the evolution of thought into a higher degree of Black excellence — understanding the importance of intertwining history with the need for diversity to catch up with the rest of the world, inclusive and equality-minded people are open to change and adapt more closely to solution-based agendas, no matter the skin color of the person. The intimidation tactics are played out like the oldest song on the jukebox, and it does not take an advanced degree or extensive educational background to reach this conclusion.
The cockiness of entitlement exemplified during the election period from Black public officials, seemingly to have forgotten that all city government positions are public servant jobs, baffled me to no end.

I have been infuriated that unsavory behavior in positions of power has gone unchecked by a deserving community for far too long. For even longer, political offices held by black officials have been viewed as power structures, instead of opportunities to improve and advance the entire city. Lastly and most importantly, for far too long Black citizens have been lumped together as a herd and encouraged to blindly follow the “popular” thing to do.

Writing this letter of response is probably the most unpopular thing to do according to the Black community in Natchez, because accountability does not seem to apply to the popular choices.

Demanding a higher degree of representation from Black leaders is frowned upon because that equals “riding the high horse,” instead of having standards, a demand for excellence, and a moral compass for ethical behavior.

Rita Givens is a Natchez resident. Readers are invited to submit their opinions for publication.

Will the state be able to pass a marijuana bill?

Republicans should be ashamed

Our boat may be small, but opportunities great