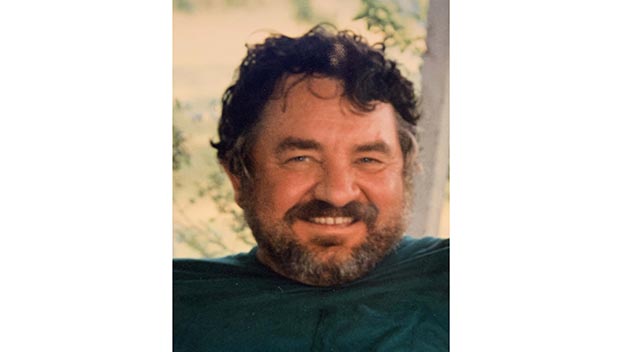 A celebration of the life of Larry W. Crouch will be held Friday, August 21, 2020 at Mayna Church of God with Rev. Llyod Trisler and Rev. Joey Pepmiller officiating, under the direction of Magnolia Funeral Home. Visitation will be at 4 PM with the memorial service immediately following at 6 PM. Larry was born September 30, 1949 to Eugene and Gwendolyn Crouch of Monterey, LA. He was surrounded by his family when he went to be with the Lord on Wednesday, August 19th, after a battle with cancer. Larry graduated from Monterey High School in 1967, where he was voted “Class Favorite” and excelled at both basketball and baseball. He served briefly in the US Army. He married the love of his life, Nelwyn Book Crouch, on June 19, 1971. Larry was instrumental in the establishment of the Black River Roundup Rodeo and was a dedicated member of Mayna Church of God. Over his lifetime, he worked for John Deere, farmed, and worked for and later owned W. S. White Fisheries and Crouch Fish Market. He also ginned for C.C. Planters and ended his farming career working for Vince Hillman.

He was preceded in death by his father, mother, and brothers Jimmy Irving Crouch and Gene Storey Crouch. He is survived by his wife of 49 years, Newlyn Crouch; daughters, Alicia Crouch Yrle (Bill) of Conway, AR and Michelle Crouch of Jonesville, LA; and sons, Larry O. Crouch (Laurel) of Monterey, LA and Michael A. “Matt” Taylor (Chasta) of Jonesville, LA, and his “little entrepreneur” Charlie Duck of Monterey; 7 grandchildren including Craig Yrle (Hannah), Brent Yrle, Macy Taylor, Jimmy Crouch, Ryan Taylor, Sam Sturgeon, and Isaac Crouch; and one great-grandson, Isaiah Yrle. He is also survived by his sister, Phyllis Crouch Netherland (Clayton) of Jonesville, LA, and his brother, Brunston C. Crouch of Monterey, LA; sisters-in-law, Nancy B. Taylor and Donna B. Bailey; countless nieces and nephews he adored; and many friends he loved dearly.

Our father was a master storyteller who could make anything he told hilarious. He was always known for having a mischievious twinkle in his eyes. He loved to make people laugh, and, with his wit, he did that frequently, even as he battled cancer. He was the strongest man we knew with a larger than life personality that could not be contained. To know him was to love him. Growing up, all of us believed that there was nothing he could not do or fix–he was our own personal hero.

He loved Jesus, his family, friends, farming, fishing, hunting, and gardening, to name just a few of his passions. By example, he taught his children to work hard and be “good people.” His grandchildren and great-grandson were the lights in his world, and he loved nothing more than teaching them about the great outdoors or how good a tomato you raised yourself can taste.

He will be missed more than any of us can imagine, but we know we will feel him in the autumn chill when a deer crosses in front of a stand, in every delicious bite of a homegrown vegetable, when we are fishing and “ripping them out of the brush,” in a perfectly fried white perch fillet seasoned the way he taught us, in the lines of countless country music songs, in the taste of peppermint in a church pew, and, most importantly, in the way that we love and raise each of our own families. His love lives on in all of us.

The family would like to thank the doctors, nurses, and medical professionals who cared for him, including Dr. Lyons and his nurse, Kat; Jessi Credle at Dr. Rodriguez’s office; Sara Brumfield, his hospice nurse; Angie Harris, his hospice aide; and Mrs. Deb Edwards. A special thanks also to Vince Hillman and the men who worked with him on a daily basis, including Tommy “BoJack” Cater and Jonathon Calhoun for the care, concern, and love they have shown for our father during his illness.

The family asks that in lieu of flowers, donations may be made to Mayna Church of God or St. Jude’s Children’s Hospital.