Gibson: ‘It is a simple ask, wear the mask’ 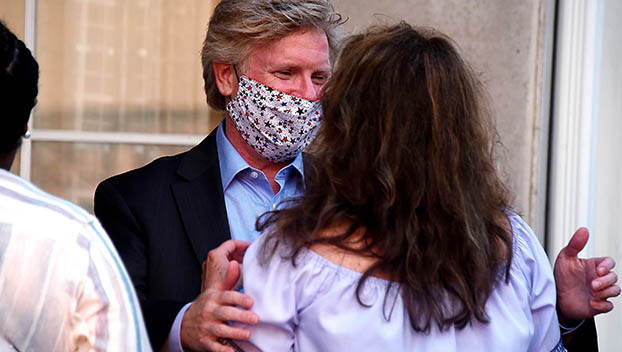 NATCHEZ — Natchez Mayor Dan Gibson said he has received numerous telephone calls and complaints from residents in recent days saying they are concerned at the lack of people wearing masks in some local businesses.

“We are getting reports left and right that some of our grocery stores, some of our restaurants and drug stores are allowing customers to frequent their business without wearing masks,” Gibson said. “With the spike in our numbers, not just here, but statewide, this is something we have to take very seriously and in the state of Mississippi we are still under a mask order from our governor and the county.”

Gibson, who is under a 14-day quarantine after being exposed to someone who later tested positive for COVID-19 last week, said he wants to remind people of the importance of mask wearing, social distancing and hand washing.

“I’m asking our police chief right now to step up the cooperation with our local businesses in making sure everyone is in compliance with the mask order,” Gibson said Friday, and Chief Walter Armstrong said he would step up the efforts. “We are not out there to be the Gestapo. We aren’t out there to make life difficult. We are out there just to make sure that people are safe and that our community is safe and that our economy is safe. That our grocery stores, our restaurants, our drug stores are safe environments.”