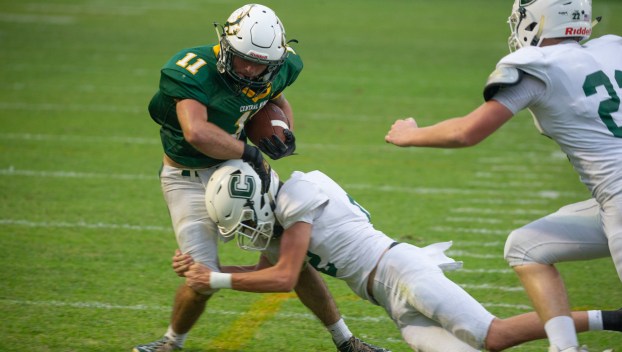 NATCHEZ — Two teams going in opposite directions will meet Friday night when the 2-0 Cathedral High School Green Wave travel to south Jackson to take on the 0-3 Hillcrest Christian School Cougars in the MAIS District 4-4A opener for both teams.

The Green Wave is coming in from a 40-16 win at Central Hinds Academy while the Cougars lost at Carroll Academy 58-6. This is the third straight road game for Cathedral.

Last year at D’Evereaux Stadium, the Green Wave shut out the Cougars 34-0.

Chuck Dabrbonne, Green Wave head coach, said the Green Wave focused on what the team needed to improve on more than anything else.

“We’re trying to fix our mistakes from last week and offensive and defensive techniques at each position that we didn’t do consistently last week,” Darbonne said. “We’ve been stressing this week that we need to improve individually and as a team on techniques.”

Moore had 151 rushing yards and three touchdowns on 13 carries on offense to go with nine tackles and one sack on defense while Washington had a team-leading 12 tackles.

Hillcrest has struggled to find any rhythm on offense and its defense hasn’t been able to even slow down any of its opponents so far this season, having been outscored a combined 144-12.

“They have picked up a couple of new players since the first couple of games and I expect to see an athletic ball club,” Darbonne said. “They like to throw the ball a lot. I expect us to take that away from them.”

Darbonne added that he hopes to see more Cathedral fans in attendance at Friday night than it had the first two games of the season — even with this being a road game.

“We’re happy that the governor (Tate Reeves) extended the attendance policy to 25%, so I hope to see more fans attend the game,” Darbonne said.

Kickoff between Cathedral and Hillcrest Christian is slated for 7 p.m. on Friday.