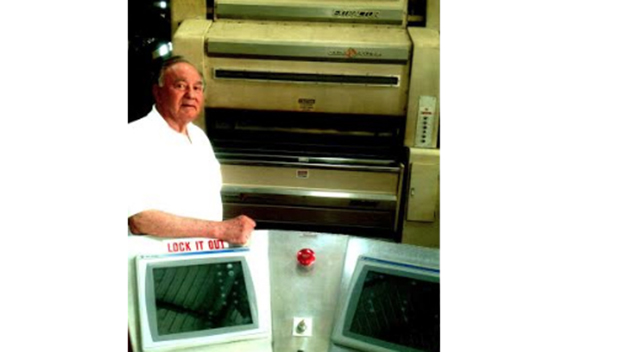 FERRIDAY — On Monday, George Olen “Buddy” Tanner, the owner of Frogmore Cotton Plantation & Gins, will be laid to rest on the same plantation that he worked on for 55 years — both as a farmer and as a historian and businessman.

Buddy died suddenly of a heart attack on Wednesday.

He was 78 years old and “way too young,” said his wife, Lynette Tanner.

“We were a team. He was a loving partner in life and in business. He loved Frogmore. It was the only place he wanted to be and he will be placed here,” she said.

Lynette said Buddy came to Frogmore in 1965 to farm and run the cotton gin. In 1991, long after she and Buddy were married, Lynette said they were able to buy the plantation and continue farming while also running a tourism business.

“He was an amazing man,” she said. “We were very involved in fighting human trafficking through the Louisiana United Methodist Children’s Family Services. … There’s such a need there for children who have been abandoned, neglected and sold.”

Lynette said Buddy was involved with many other charitable causes as well and served on the Board of Trustees at the Sevier Memorial United Methodist Church.

Lynette said Buddy was dedicated to helping others and loved his family, both immediate and extended.

Buddy, who many knew as the kind and generous man who gave tours at Frogmore, was a fun-loving prankster as a child, family members said.

He grew up with a close-knit, extended family in St. Joseph, Louisiana — a small Mississippi River community located in Tensas Parish.

William Coleman, a first cousin to Buddy, said each family member of his generation were more like brothers and sisters raised by multiple mothers and fathers than they were cousins. They all lived in the same neighborhood within a few blocks of each other, he said.

Coleman said he and Buddy were very close to the same age and often got into trouble together growing up.

“One time he decided we were going to build a ramp out of two-by-fours and ride a bicycle into the lake. It didn’t work. He got about halfway there,” he said.

Buddy loved boats and fast cars and was also a sportsman and hunter, Coleman said. As much as Buddy was mischievous as a child, he was just as generous through adulthood, he said.

“He was much more than an obituary would indicate,” Coleman said. “I can’t begin to name the number of people that he helped anonymously. He never cared about fame or recognition. Because his father died when he was so young, he knew what hard times were. This happened during World War II. They’d gone through the depression and the 1927 high water. Times were hard. When you’re raised with people who know how hard it can get, they want you to succeed and not face more hardship.”

“Buddy was an extremely generous person with his time and with his money if needed,” she said. “He was giving not only to his family but virtually strangers. He sold pecans as a child to buy his mother surprise Christmas presents. There was no member of the family that he didn’t provide for, whether emotionally, physically or monetarily.”

Walters said Buddy was a Christian and actively involved in his childhood church, the First Presbyterian Church in St. Joseph.

“He was one of the most generous, giving people I’ve ever known. He had the love and respect of a lot of people,” she said.

Contributions to Buddy’s most beloved cause, human trafficking awareness and prevention, can be made to the Louisiana United Methodist Children’s Family Services, Attention Human Trafficking, P.O. Box 929, Ruston, LA. 71273 or online at lumcfs.org/donate, Lynette said.