Time is now for Forks of Road funding 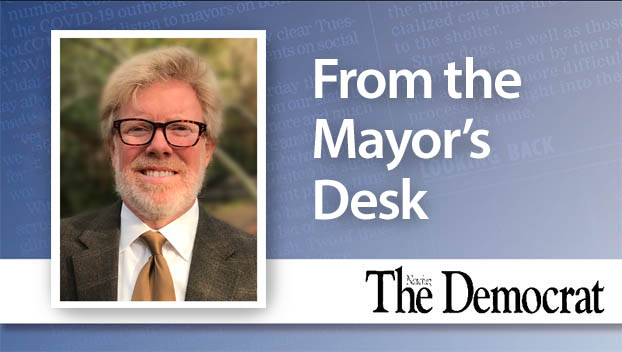 Standing at the serene “Forks of the Road” today, just off Liberty Road and Saint Catherine/Devereux Drive, one can hardly imagine the horrific scene of so many years ago: a thriving market where sometimes as many as 500 enslaved and shackled Africans were sold in a single day.

Thank God those days are behind us, and a better day has now dawned on Natchez.

Much has been done, credit going to local, state and federal officials, including various Natchez mayors and alderpersons, Mississippi legislators, and the late U.S. Sen. Thad Cochran. Over the years, land has been secured and some interpretative signage has been placed in key locations. Important studies have also been done to establish proposed boundaries and document key site components.

Just this year, the Mississippi Legislature approved a significant donation by the City of Natchez: nine parcels of city-owned property which will be held in trust by the National Park Service until more land can be acquired to create an 18 acre district of the Natchez National Historic Park which will be known as “The Forks of the Road Slave Market District.”

We are now at an important crossroads — it’s time to get the rest of the funds needed to make this district a reality. Now is the time. And it can happen now — if we work together.

The project needs another $400,000. The good news is this — the Department of Interior has ranked Natchez/ Forks of the Road #11 out of over 400 National Parks projects being considered this year. But Congress has to be convinced. And before that can happen, the President has to be convinced to place Forks of the Road on his priority list for Congressional funding in the 2021 Federal Budget.

At Tuesday’s meeting of the Mayor and Board of Aldermen, we will be approving the final contract with the proposed lobbyists for Natchez/Adams County — and I will be requesting that Forks of the Road be made a Federal Funding Priority for our new lobbyists to pursue. I am hopeful that the Adams County Board of Supervisors will do the same.

There are many other projects we will be working on. And there will be many other funds we hope to bring to Natchez. Forks of the Road must be a priority on that list.

Sacred ground. A time for proper dedication, reflection and completion. The time is now.