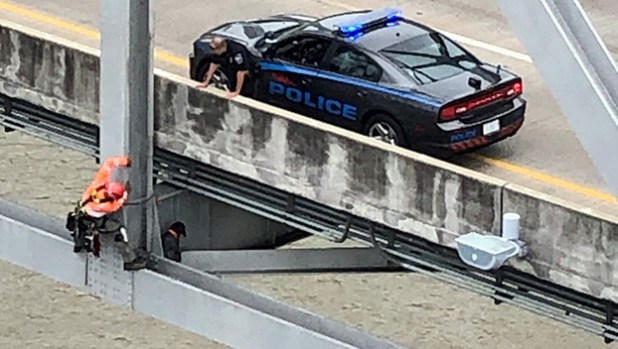 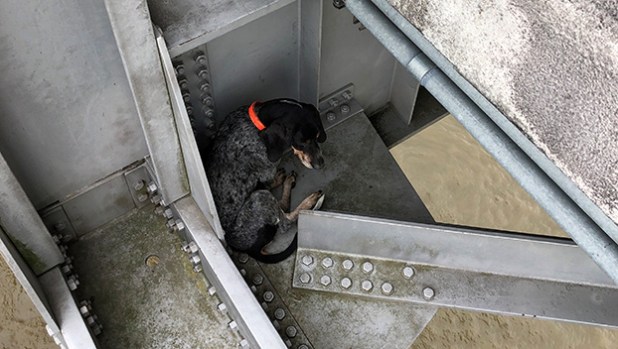 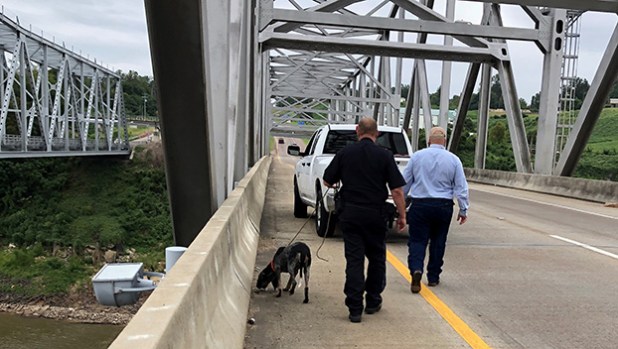 NATCHEZ — A routine bridge inspection turned into a rescue mission Sunday afternoon when a dog was found stranded below the eastbound Mississippi River bridge.

Bridge inspector Craig Jenkins happened to be looking across from the westbound bridge Sunday when he noticed the dog on the structure below the road deck.

The dog, which was wearing a collar, was stranded on the structure more than 120 feet above the river.

Ben Carter, senior public relations specialist from Stantec, said crews from the engineering service were inspecting the bridge for the Mississippi Department of Transportation last weekend when the dog was found.

Carter said seeing the dog on the structure took the inspectors by total surprise.

“It was absolutely a first for our crew,” Carter said.

No one on the scene knew how the dog was able to get under the bridge.

The crew took action to save the stranded animal, Carter said.

Carter said lead climber and rescue technician Ryan Nataluk called the police for assistance and climbed down the west bound bridge to rescue the distressed dog. After assessing the dog for injuries and fashioning a makeshift harness for the canine out of rope, the exhausted hound was lifted to safety, Carter said.