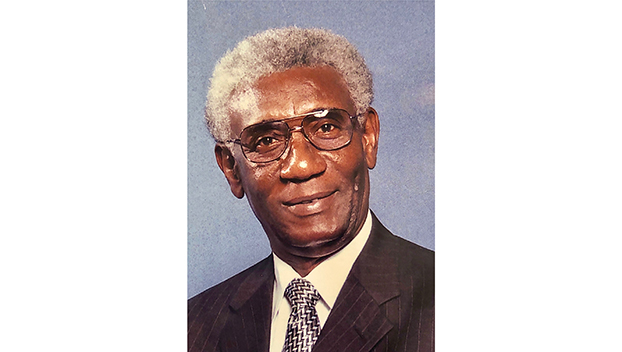 “Trust in the Lord with all your heart and lean not on your own understanding; in all your ways submit to him, and he will make your paths straight.” Proverbs 3:5-6 NIV

Born in Lexington, MS on April 4, 1942, Willie James Hoskin entered this world as the first born of Louise Hoskin, and she named her baby boy after her father. Willie, being the eldest of eight children, learned to be a provider, protector, and role model for them and his younger cousins.

As devout Christians, the family grew up in Trinity Missionary Baptist Church in Lexington, MS. Willie gave his life to Christ at an early age and continued his membership at Trinity until he transferred to King Solomon Missionary Baptist Church in Natchez, MS. While a faithful member of King Solomon Missionary Baptist Church, Willie served as an ordained Deacon and president of the Deacon Board. As his health began to fail, Willie would still attend church but would sit in the back-office area of the church so he could carry out his Deacon duties until his health made it impossible to attend service. Willie was a student of students; education and administration were in his wheelhouse. Doc, as he was affectionately known, actually earned this title with the conferring of his Ed.D. in Educational Administration from University of Southern Mississippi (USM) in 1987. Doc’s formal education began in Holmes County. After graduating from Mileston High School, he attended and graduated from Alcorn A & M College in Lorman, MS in 1963. It was at Alcorn, at the telephone booth, where he first saw Lillie Robinson, who would later become his bride in 1962. Their union was only separated by her death. Willie received his Master of Education Degree in Educational Administration in 1972 and his AAA in 1979, both from USM.

Dr. Willie Hoskin dedicated more than half his life, nearly fifty (50) years, to the field of Education in the Natchez-Adams School District. His tenure began in 1963 as a mathematics instructor at Sadie V. Thompson High School. In 1970, he became Assistant Principal at South Natchez High School and in 1977 he became the Assistant Superintendent for the Natchez-Adams High School District. Dr. Hoskin was not only an esteemed educator but also a trailblazer. In 1993, Dr. Hoskin became the first African American District Administrator and the first African-American to serve as Superintendent of Education for the Natchez Adams County Public School District. Dr. Hoskin’s educational reach expanded to Copiah-Lincoln College and Alcorn State University as he served as an Adjunct Professor at both campuses. After his wife’s death in 2013, Dr. Hoskin fully retired from working outside of the home.

Dr. Hoskin’s accolades and professional affiliations are too numerous to name. The highlights of his career in education include his service to the Teacher Certification Regulation Revision; ten years as the SACS Coordinator responsible for evaluating studies of the Jackson Public Schools, Greenville Public Schools, and Wilkinson County Schools. Doc was a member of the NCATE Steering Committee and a Lecturer for the Student Teacher Conference for Alcorn State University; Staff Development Consultant for Jefferson County Schools; Board Member for Mississippi Writing and Thinking Consortium and a Chartered Member for the Southern Educational Consortium. Doc’s professional affiliations, to name a few, include: Mississippi School Board Association (MSBA); National School Board

Willie James Hoskin departed this earthly side of God’s creation in Houston, TX on September 13, 2020 with his children by his side. Preceding him in death are his loving mother, devoted wife, loyal son, Larry Randle, adored sister, Lorene Hoskin, beloved brothers, Melvin Young and Napoleon Young.

He leaves to cherish his memory: three children from his union with Lillie, two daughters, Jolanda (Phil) and Myra, and one son, Erick all of Cypress, Texas, one daughter-in-law, Delores Randle of Yazoo City, Mississippi and his son, Christopher Epps of Jackson, Mississippi. Willie’s rich legacy will live on through his beloved grandchildren, great-grandchildren, and two godchildren, Estella Williams and Kevin Sewell. He leaves behind with fond life-time memories his siblings, two sisters, Mattie (Eddie) Phillips of Chicago, Illinois, and Dorothy Kitchen of Tchula, Mississippi and two brothers, Henry “Sonny” Hoskin and Les Young, both of Chicago, Illinois and a host of nieces, nephews, other relatives, and friends.

Condolences may be sent to the family in care of: Word of God Christian Fellowship Church 17902 Telge Rd. Cypress, TX 77429.