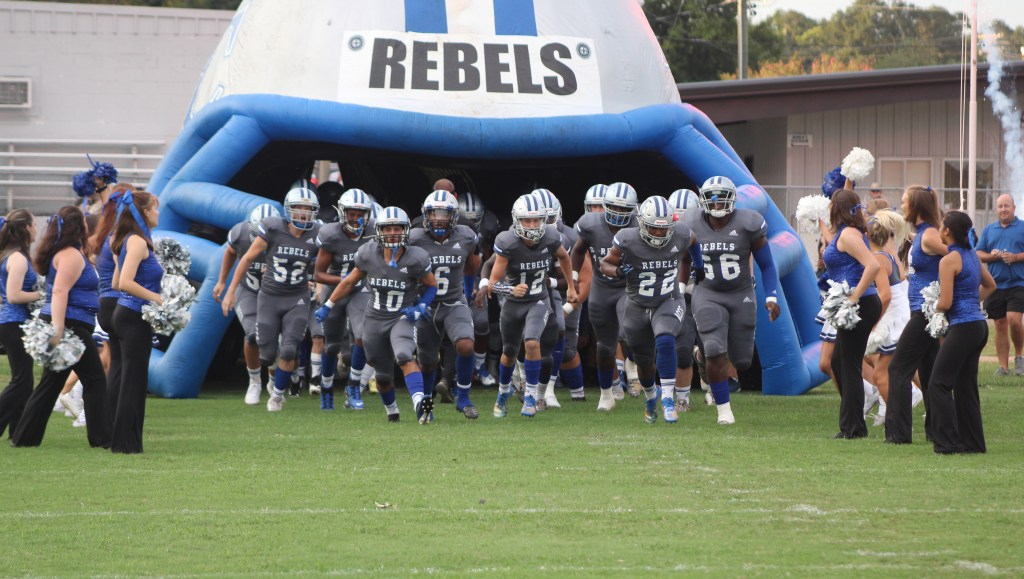 NATCHEZ — The Adams County Christian School Rebels will be on the road Friday night when they travel to Clinton, Louisiana to take on the Silliman Institute Wildcats in a key MAIS District 3-5A game for both teams.

ACCS improved to 3-2 overall and 1-0 in district play after defeating a good Copiah Academy team 43-27 at Bobby Marks Stadium. Unfortunately, senior quarterback VJ Knight ended up with a broken bone in one of his legs at the end of a 25-yard touchdown run early in the second quarter of that game. Matthew Freeman, wide receivers and quarterbacks coach, said Knight had surgery on Wednesday.

“You have to wait and see on Friday who takes his spot,” Freeman said. “Someone has to step up and fill that role for us against Silliman.”

Fellow seniors Corey Sewell and Blake LaPrairie stepped up and led the Rebels’ rushing game as they combined for 214 yards and four touchdowns. ACCS also got a key 70-yard fumble recovery from Dantavious Stampley late in the first half.

Silliman Institute finally got to play its first game of the 2020 season last Friday night as the Wildcats traveled to Columbia and defeated the Columbia Academy Cougars 40-28.

Last year, ACCS and Silliman ended up playing each other twice — once in the regular season and the other in the MAIS Class 5A Playoffs. The Wildcats shut out the Rebels at ACCS 26-0 in a district match-up on their way to winning the district title. Then the No. 6 seed Rebels got their revenge as they upset the No. 3 seed Wildcats at their place 23-6 in the second round.

Kickoff is set for 7 p.m. on Friday at Silliman Institute.