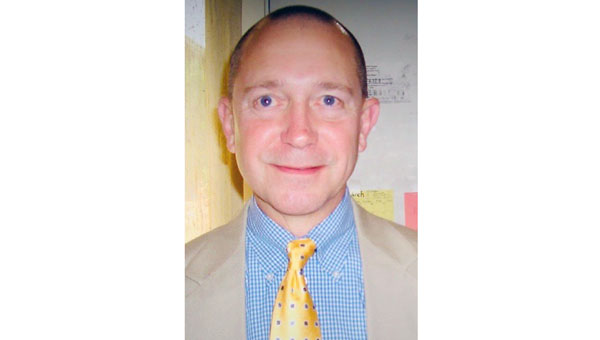 Weather, fatigue and other contributing factors may have played a significant role in a Sept. 1 plane crash that killed a Natchez veterinarian in a remote area of Minnesota, an aviation expert said.

The National Transportation Safety Board recently released a preliminary report about the small plane crash that killed Dr. Tom Borum. The plane crashed on Leech Lake near Walker, Minnesota.

The report provides preliminary details of Borum’s last flight. Borum was flying his Piper airplane from Natchez to Bemidji, Minnesota. He was traveling to Minnesota to provide veterinary services in the area for a couple of years.

NTSB preliminary reports do not offer any conclusions and are subject to change after further investigation. A final report, which will provide analysis and a conclusive determination of the crash, will not be issued for 18 months to two years, according to the NTSB website.

On the way to Minnesota, Borum landed in Missouri for refueling before heading to Minnesota.

The report indicates that adverse weather was observed over Borum’s intended route of travel, and that radar showed the plane had made several course deviations, including two 360-degree turns. During the last moments of the flight, Borum’s plane fluctuated in altitude from 2,000 feet to 7,000 feet before making its continual descent to the ground, the report says.

After reviewing the preliminary report and other data about the flight, aviation expert Robert Katz of Dallas said he doesn’t believe hypoxia played a significant role in the accident. Katz said fatigue and the severe weather likely were the cause.

A commercial pilot and flight instructor for 39 years, Katz follows crash incidents and provides information and analysis to media outlets.

Katz said because Borum was a healthcare professional and a flight instructor, Borum would have likely understood his condition. Katz said it was not unusual for officials on the ground to allow a pilot to refuse medical care and allow him to continue flying.

“As pilots, we have to police ourselves,” Katz said.

Katz said Borum had been flying for more than nine hours as he tried to maneuver in the dark around the growing storm system. Even for experienced pilots, nine hours of flying time is a lot, Katz said.

“Handling an airplane without an autopilot is very taxing, physically and mentally, especially when you are dealing with the weather,” Katz said. “Fatigue is definitely an issue, and that is going to have a serious effect when you compound it with weather and darkness. Although he was qualified to fly in the weather, fatigue is going to greatly diminish his ability to do so. He has to make a lot of tough decisions.”

Borum’s brother Dr. Chuck Borum said the NTSB report, along with a letter he recently received from a Minnesota resident, leads him to believe that weather did indeed play a significant role in the crash. Chuck said he had come to the conclusion after talking with local pilots.

“We believe the storm was all on top of him,” Chuck Borum said.

Chuck Borum said fatigue might have also been a factor but that his brother had made the same flight several times without a problem.

Chuck Borum said Tom was likely trying to land the plane in the water close to the water’s edge, so that he might have an opportunity to be rescued or swim back to shore.

The NTSB report said the plane wreckage was located in the lake in about 12 feet of water. The fuselage and the tail section were intact; the wings had separated from the plane but were still connected by cables, the report said.

“It wasn’t death from trauma,” Chuck Borum said, adding that his brother may have drowned after being knocked unconscious in the wreckage.

A letter from Karen Porter, a resident of Cass Lake, Minnesota, came to Chuck Borum about the same time he said he saw the NTSB report.

“We live right on the lake where Tom’s plane went down,” Porter wrote. “We were sitting in our family room playing cards with neighbors when we heard a plane flying very low. My husband said, ‘That sounds like a jet.’ And then the sound went away. This is a very remote part of the Chippewa National Forest. We rarely hear a plane.”

Porter wrote that a “very bad storm” with lots of thunder and lightning was happening at the same time when they heard the plane.

“We heard a loud sound which we now know was the plane hitting the water,” Porter wrote.

After going outside, Porter and her guests decided the sound was from a loud clap of thunder.

“We learned of the crash the next morning. The plane was about two blocks out into the lake,” Porter wrote. “We all believe that your brother was a hero and that he ditched over the lake rather than hitting our homes. We hope this will bring some comfort to your family.”