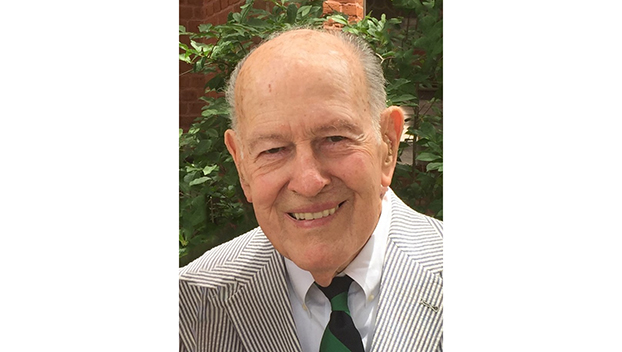 Frank gently passed from the embrace of his wife, Bahin and the steady hand of his son, Harwood into the loving arms of Jesus, his Lord and Savior on September 21st. Born in El Paso, Texas on January 8, 1931, Frank soon moved to Baton Rouge, Louisiana with his family.

Among Frank’s most cherished memories of his young life included being the Mayor of Mrs. Laura Callihan’s Kindergarten; becoming a Dufroc Duck and attending LSU’s Demonstration School. Frank served as a Junior Air Warden. He became an avid gardener with a plentiful Victory Garden, he raised chickens and owned a handsome rooster named General McArthur. Frank’s Capital Heights friends and their play area known as Hutsut Town, where his Dad and several others built a suspension bridge and Frank was elected the first President, meant the world to him. During the Korean War, Frank served in the U.S. Air Force being honorably discharged in August of 1952.

A graduate of Baton Rouge High, Frank earned a B.S. degree from Louisiana State University majoring in agriculture. In 1957, Frank established Leonard Agency, an independent insurance agency which he owned for thirty years. He then began Leonard Construction Company, a residential and light commercial and subdivision development company. In 1994, Frank established Leonard Builders, which built hundreds of new residences in the Baton Rouge area over a twenty year period.

During this time, Frank served with distinction on the executive board of the Capital Region Builders Association. Leonard Builders built the Association’s new office in 2000. One of Frank’s most rewarding experiences was to help implement the Association’s transitioning into becoming independently insured forming their own general liability and workmen’s compensation companies.

A member of St. James Episcopal Church, Frank served as an acolyte, a lay reader, a member of the Associate Vestry and Vestry. Most of all he loved singing praises to the Lord and sang in the church choir until last year. Frank participated in the Angola Prison Ministry and loved singing with the prisoners.

The family wishes to thank Julie Adams, a dear friend and RN for her love and care. St. James Episcopal Church, Coleman and Bishops Halls, on Saturday, Sept. 26th Visitation: 9:30-10:45 AM (social distancing) and Service: 11 a.m. (Limit of 100 attendees including family) Burial in the Natchez City Cemetery on Saturday at 2 pm. In lieu of flowers donations can be made to redemptionhouse.net/giving, St. James Episcopal Church or charity of your choice.