NATCHEZ — With senior quarterback VJ Knight out for the foreseeable future with a broken leg, the question remained going into Friday night’s game at Silliman Institute as to who would be under center for Adams County Christian School.

The answer was senior running back Corey Sewell, who didn’t have to throw the ball all that much against the Wildcats. However, they could not contain Sewell on the ground as he finished with 132 yards and one touchdown on 32 carries as the Rebels rolled to a 28-8 victory to remain undefeated in MAIS District 3-5A.

Even though ACCS held Silliman scoreless until just past the midway point of the fourth quarter, head coach David King said the defense could have played better.

“Our defensive backs were practicing too much social distancing in the first half. But we were able to do enough to keep them stymied in the end zone,” King said. “We came around and made some adjustments and did enough offensively.”

After a scoreless first quarter, the Rebels took the lead on LaPrairie’s nine-yard touchdown run with 10:53 to go in the second quarter. Nolan Owens added the extra point for a 7-0 lead. After Credit’s TD run, Sewell ran in for the two-point conversion.

Dunbar put the game away for ACCS with his 75-yard touchdown run with 1:17 left in the third quarter. Owens’s extra point gave the Rebels a 22-0 advantage. After a Silliman turnover, Sewell scored on an eight-yard run for a 28-0 with 33 seconds left in the quarter.

Silliman (1-1, 0-1) scored on a 32-yard touchdown pass from Mills Dawson to Ty Lipscomb and Dawson ran in for the two-point conversion with 5:18 left in the game.

“We did enough offensively to make it a three-score game. Silliman’s a good ball club and they’ll get better as they play more games,” King said. “We had too many penalties. We’re trying to work with our third quarterback (Sewell). The cadences, it’s just hard. But we got a big district win on the road. Overall, I was pleased. I feel good about where we are.”

“Corey managed the game well tonight,” King said. “We had too many mistakes. If we can cut down the mistakes and get a player or two back, we’ll be okay.”

Defensively, the Rebels force four turnovers. Credit as well as Connor Aplin each had an interception. Preston Fuller and Jeremy Young each had a fumble recovery. Dantavious Stampley had a team-leading five tackles.

ACCS (4-2, 2-0) steps out of district play next Friday at 7 p.m. when it hosts Brookhaven Academy for homecoming. 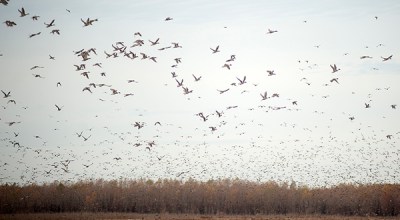