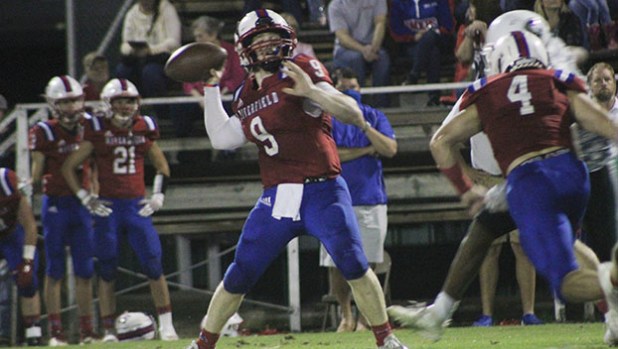 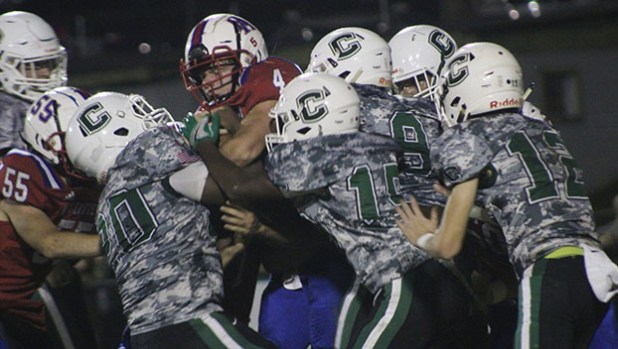 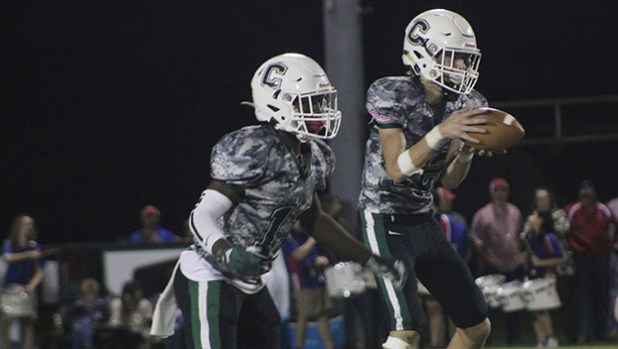 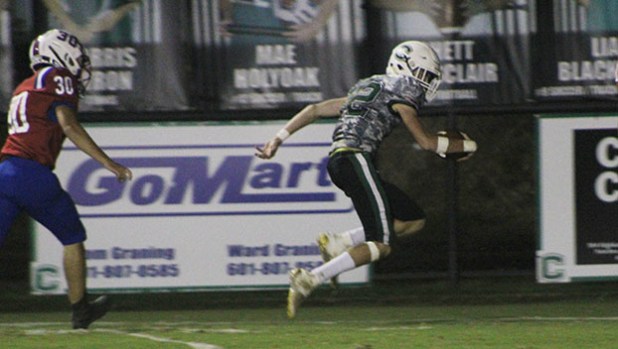 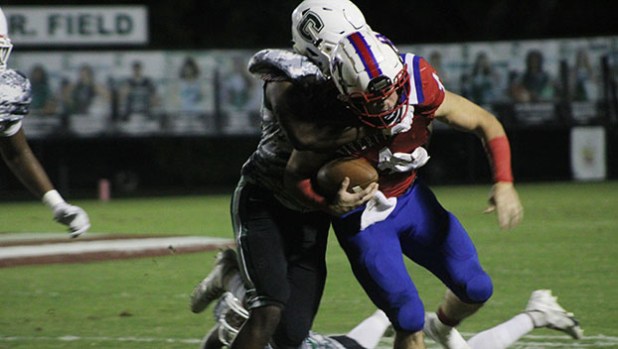 NATCHEZ — The Cathedral High School Green Wave lost 37-8 to the Riverfield Academy Raiders on Friday night in a key MAIS District 4-4A game.

Penalties plagued Cathedral in the game with eight penalties for 80 yards. Chuck Darbonne, Cathedral head coach, said he was disappointed by the penalties.

Darbonne said one positive from the game was the defense. The Green Wave totaled 52 tackles in the game with KJ Washington leading the team with 10 tackles.

“We were able to stop them a decent bit of the time,” Darbonne said. “We just didn’t play a complete game tonight.”

Hudson Brakefield and Trent Ginn helped Riverfield Academy (5-1, 2-0) to victory. Brakefield led the Raiders with 25 carries for 205 yards. He had two rushing touchdowns with both coming in the fourth quarter.

“In the first half, running the ball was a little rough for me and I was getting frustrated,” Brakefield said. “In the second half, we drove the ball really well and we put it into the end zone.”

Ginn led Riverfield Academy in passing with 54 yards and two passing touchdowns in the game. The longest touchdown pass was for 19 yards to Landon Giesbrecht. Ginn had 11 carries for 10 yards with one rushing touchdown.

The loss for Cathedral ended the Green Wave’s five-game winning streak and perfect record in district. Darbonne said the Green Wave (5-1, 2-1) would focus on getting back to the basics and working on the fundamentals in practices next week.