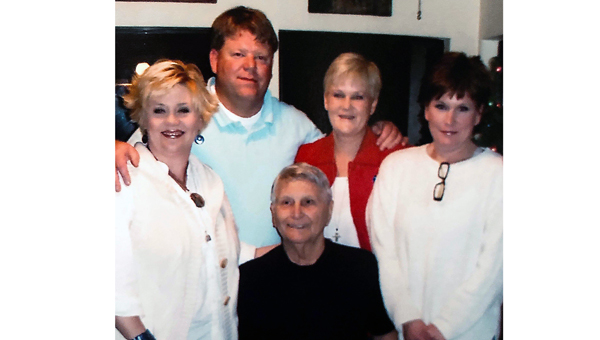 NATCHEZ — Friends and family of one of Natchez’s most charismatic attorneys said they would remember his legacy long after his passing.

Throughout various stages of his career, Pintard served on the Mississippi State Oil and Gas Board, as the Adams County Prosecutor, Sixth District Attorney, Adams County Attorney and in his own private practice.

Though he had much to brag about, each of Pintard’s children said his life’s pride and joy was his family. Pintard’s wife, Patricia Irene Fore Pintard, preceded him in death, having died in January 2009 after nearly 54 years of marriage.

“Not only was he a legal legend but he was also the world’s greatest dad,” Wilson said.

Wilson said she and her sisters argue over which of them is “daddy’s girl” because truly there was nothing that their dad would not do for any of his children.

“But I really was daddy’s little girl because I’m just like him,” she said, adding she’d found traits in herself that she attributes to her dad’s outstanding character.

“He didn’t sweat the small things,” she said. “He was always happy and always wore a smile.”

Hall recalled spending time in her dad’s office when she was younger and her feeling as if she owned the place.

“He was so good to all of us,” Hall said of her and her siblings. “He was the most generous, unconditional love showing man. The words in the English dictionary aren’t good enough to describe him. His greatest accomplishment is his family. He showed us how a man should love his wife, care for her and take care of his family.

I always felt that God must love us a whole lot to bless us with the mom and daddy that he did because we were blessed.”

Dill said Pintard was full of stories that seemed to change every time he told them.

“He had new stories every day and they were wonderful stories,” she said. “He was full of laughter. He made life fun.”

Pintard also helped anyone who asked and gave anonymously to those who needed it, Dill said.

“He was the epitome of love and shined with love in everything that he did. My dad would have given the shirt off his back for anybody,” she said.

In the courtroom, Dill said her dad would transform into a different person.

Wilson said her dad became less like a story-telling jokester and put on an awesome performance.

“The courtroom was his stage,” she said. “He would win a case and he would strut — oh my gosh would he strut. He left a legacy in the law community of Natchez.”

Capt. Scott Frye, investigator for the Natchez Police Department, said Pintard’s toughness as a lawyer made him better as an officer at putting cases together.

“He was a great mentor,” Frye said. “He was a defense attorney and by him having the cases I had to prepare in turn made me a better police officer. He was a great guy and we became good friends.”

Natchez attorney Walter Brown, who was a law partner of Pintard’s for approximately eight years, said Pintard’s skill at trials was the same whether he was practicing in the Supreme Court or Justice Court.

“He loved to talk to juries and was less concerned with telling them the laws as much as he was talking to them on a personal basis,” Brown said. “His approach was on a very personal level and on an old-style country basis. The jury trusted and liked him and a lot of times it worked.”

Brown said Pintard was so enthusiastic about his job that he was almost in the jury box with the jury when presenting his arguments.

Debbie Vanier, who worked in the office with Pintard for approximately 12 years, said her first impressions of him were deceiving.

“He scared the heck out of me,” she said. “Once you got to know him he was the sweetest man you would ever meet and he was extremely dedicated to his family.”

Vanier said Pintard was both a terrific person and a smart-aleck.

“And he owned it,” she said. “The man had knowledge of law like you would not believe.”

His courtroom interrogations were enough to make the audience laugh out loud, Vainer said.

“I saw him in court a few times. His DUI defenses were hilarious. He would have police officers so flustered. He really enjoyed what he did,” she said. “He’s reunited with is wife (Patricia.) If ever you saw two people in love, they were.”