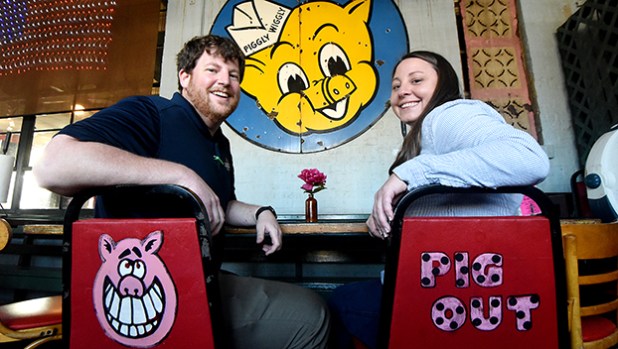 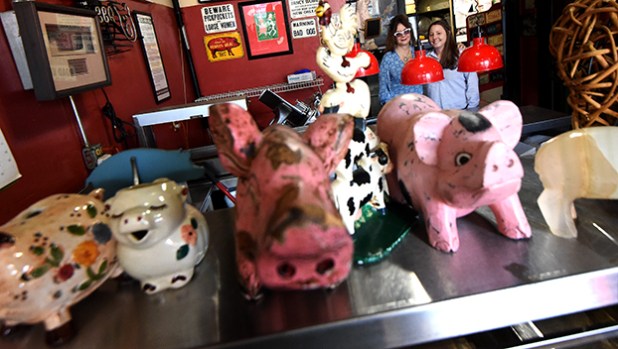 Forget fine dining. A Natchez couple is bringing swine dining back to the Miss-Lou.

Katie and Bubba McCabe recently purchased Pig Out Inn Barbeque and hope to reopen the iconic restaurant on Canal Street in downtown Natchez in the coming weeks.

The couple purchased Pig Out from Anne Vidal Willette, who put the restaurant up for sale after it closed during the COVID-19 pandemic.

“Owning a restaurant has always been a crazy dream of ours,” Bubba said. “Katie and I met in a restaurant in Oxford.”

Bubba said he and his wife have always wanted to work for themselves and saw an opportunity when Pig Out went up for sale. Both had extensive work experience in the restaurant industry and had always looked at owning a restaurant as a real possibility.

Katie is a Natchez native and Bubba is from Greenwood. The couple moved back to Natchez 11 years ago and said they are excited about giving back to the community they love.

“We love this city and we believe in the future of Natchez,” Bubba said.

The couple said they have a lot to do before they reopen the restaurant, but hope to start serving customers by balloon festival weekend.

“We are not going to change the integrity of what Pig Out is,” Bubba said. “Why re-invent the wheel?”

The idea to buy the Pig Out Inn started with a phone call to Willette and quickly grew into reality, Bubba said.

“God kept opening doors for us,” Bubba said. “When we thought, ‘No, no we can’t do this,’ God would put someone else in our lives that would push us towards it.”

“Doors would keep opening and at some point, you have to stop questioning that,” Katie said.

Willette said she was excited when she received the call from Bubba.

“I had several calls when I put it up for sale and when Bubba called, I thought he would be perfect for the Pig Out,” Willette said.

Willette said she decided this spring that the restaurant needed new blood.

“I still have ideas and things, but my drive is in park,” Willette said. “It needed new blood to take it further than I have. And I know with Bubba and Katie it can go further.”

Willette opened the barbecue restaurant in 1996 and said the McCabes have what it takes to help the restaurant grow.

“They are educated. They are in finance. They are the perfect people,” Willette said. “There is just so much that can be done and they are capable of doing that.”

A loan officer for Delta Bank, Bubba said he and Katie, the operations manager at Forrest Johnson Wealth Management, plan to keep their current jobs while maintaining a regular presence at the restaurant.

“Most every night of the week and on weekends we will be here as we get to know the business,” Katie said.

Bubba said Willette would spend the next couple of weeks showing the McCabes all of the things that have made the Pig Out successful.

Many of the seasoned staff who worked for Willette — many with 8 to 10 years’ experience —  have been rehired to make sure the transition happens smoothly.

“They are a well-oiled team,” Willette said. “Everybody knows what to do and how to handle it.”

Above all, Bubba said he is excited to bring back the same good food and enjoyable atmosphere that the staff and customers have grown to love about Pig Out.

“We are going to keep it fun,” Bubba said. “We want it to be a place where the staff has such a great time being here that there is a line of people not only wanting to come to eat but wanting to come work here.”