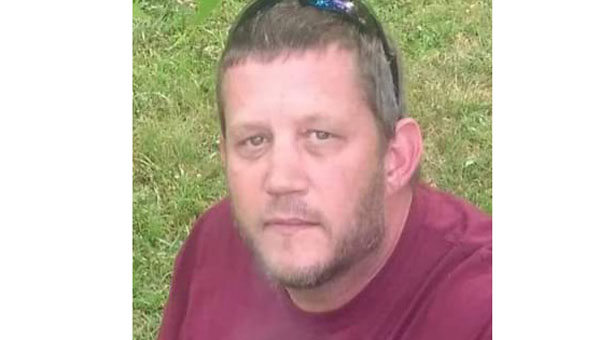 NATCHEZ — An Adams County resident told the Adams County Board of Supervisors Monday he intends to organize a “minuteman group” in the Kingston area.

In his presentation, Jack Blaney said the group is “not exactly a militia” but would train civilians to respond to safety concerns in their community.

“In the last several months since the China virus and everything came out, I’ve got a lot of people and Adams County residents concerned about different safety issues,” Blaney said. “It is not exactly a militia group, but we’re discussing having a bi-monthly meeting of more of a minuteman-type of situation. We’re looking to acquire property in Kingston to do that with. We have 150-year-old rules in the State of Mississippi that we have to go by for such things and the first is to inform our local leaders.”

The first minutemen were civilians who independently organized during the American Revolutionary War. Their namesake comes from being ready at a minute’s notice.

“I don’t have much law enforcement that would be here to protect me and my rights,” Blaney said after the meeting. “What can the people of Adams County expect if something were to happen here like it has in other parts of the world … police quitting and in Atlanta the response to them charging police officers for a legal action. Pick a Democratic state, all these riots are breaking out everywhere.”

Blaney said the group was in the talking phase and he decided to go first to the Board of Supervisors before assembling.

“Because I’m involved, I figured it would get blown out of proportion and they might tie me to some kind of militia group,” Blaney said.

After the meeting, Blaney made a social media post about the group.

“Ok, so I went to the Adams County Board of Supervisors meeting today,” Blaney wrote in the social media post. “I notified them of the intent of a small group of Adams county residents who are in the initial process of forming a Minute Man group. Made a clear distinction from a militia group, that it will be a group of Adams county Boys, Proud to live here and concerned about the areas security.”

Blaney said “Boys, Proud” was not intended as a nod to the Proud Boys, which is a right-wing group founded during the 2016 presidential election with a history of street violence against left-wing opponents. The group gained attention recently when they were mentioned in the Sept. 29 presidential debate between President Donald Trump and Democratic Party challenger Joe Biden.

“I didn’t name anything,” Blaney said of the post. “I wouldn’t touch that because Biden and all of them are probably going to get sued behind that for calling them white supremacists when their leaders are Hispanic.”

Blaney said he did not know much about the Proud Boys other than he did not believe they are a white supremacist group.

“I haven’t contacted them and don’t know a whole lot about them,” Blaney said. “I know it’s not a white supremacist group. Their leadership is Latino and they have a lot of Black members.”

Blaney said the minuteman group is not affiliated with any other organization.

“I do have some wealthy business people who like the idea of it,” Blaney said. “Some of those are the people I’ve been talking to and they have some money they would invest in it. They’re not necessarily from this state.”

Blaney declined to name any of the group’s investors.

“It’s not my place to tell their business,” Blaney said.

Adams County Sheriff Travis Patten said such a group is unnecessary and unwanted.

“We have adequate law enforcement and if there is something we can’t handle we have support agencies that will come to our aide from here all the way to Washington D.C.,” Patten said. “I think (Blaney) is an agitator and the more attention he gets with this, the more he is going to push the issue. I’m completely and totally against any militias forming here because we are not that type of a community. Now that we see these people stepping forth, the good people that are around these individuals in their community need to step up and say that they don’t want that here.”

“The national attention that happens when these militia groups are formed brings agitators from all over the country to wreak havoc in your area. If that’s what they’re planning, just know this. If they breach the peace anywhere they will be dealt with according to the law. We will not stand for that here and we don’t want that here,” Patten said.

“It’s his right to form whatever he needs to form, but just know if there is a breach of peace from his group or any other group that is out there agitating or causing injustice — no matter what their race, color or religion is — we’re going to deal with them. Period. Hate has no place in our community, no matter what source it comes from. I’m not classifying (the minutemen) as a hate group but sometimes views can be misconstrued.”