FERRIDAY — The Delta Charter School Storm will look to notch their first win of the 2020 season, but it will not be easy as they play host to the defending LHSAA Class 1A state champion Oak Grove High School Tigers.

Thursday’s game marks the District 2-1A opener for both teams.

Delta Charter will look to bounce back from its season-opening loss at home last Friday night to Jonesboro-Hodge High School, 37-8. Meanwhile, Oak Grove held on for a 14-12 win over Class 3A powerhouse Sterlington High School last week.

Kickoff is at 7 p.m. on Thursday at Delta Charter School.

JONESVILLE — The Block High School Bears will look to pick up their first win of the 2020 season when they host the Bunkie High School Panthers for senior night.

Block is coming off a 53-28 loss at Grant High School while Bunkie lost to South Beauregard High School 27-21. However, Bears head coach Benny Vault Jr. said he was not pleased with having one less day of practice.

This, as well as all other games involving local and area teams, were pushed back to Thursday because of Hurricane Delta’s impending arrival sometime late Friday along the Louisiana Gulf Coast.

We usually don’t practice on Monday, so that took a day out of our week,” Vault said. “We watched film on blocking assignments. We’re working on the basics. Conditioning. Hopefully, we can finish this week.”

Vault said that Block must eliminate the turnovers that hurt the Bears in last week’s loss to Grant.

“The little, small things. We turned the ball over five times,” Vault said. “Also, use more time on the clock. Possession time.”

For Block, standouts to watch for are Dexture Jefferson, Zavion Green, JR Curry, and Murphy Harbor.

Vault said he expects to face an experienced Bunkie team which has a lot of seniors on its team.

“They like to run the spread. They spread you out so they can run it. Defensively, they’re really aggressive,” Vault said. “Defensively for us, we’ve got to tackle better this week than we did last week. Eliminate the big plays. We gave up a couple of big plays on third-down situations.”

Kickoff is set for 7 p.m. on Thursday at Block High School.

SICILY ISLAND — The Sicily Island High School Tigers will have their hands full when they travel to Monroe, Louisiana to take on the defending LHSAA Division IV state champion Ouachita Christian School Eagles in the District 2-1A opener for both teams.

Kickoff is set for 7 p.m. on Thursday at Ouachita Christian School. 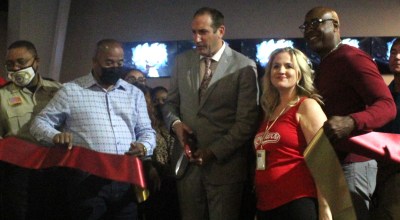