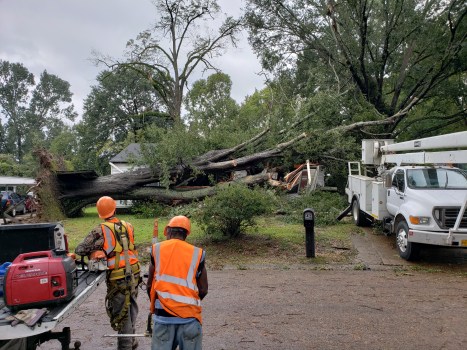 Workmen clear away a tree that fell on top of a house on Maplewood Lane. (Sabrina Robertson / The Natchez Democrat) 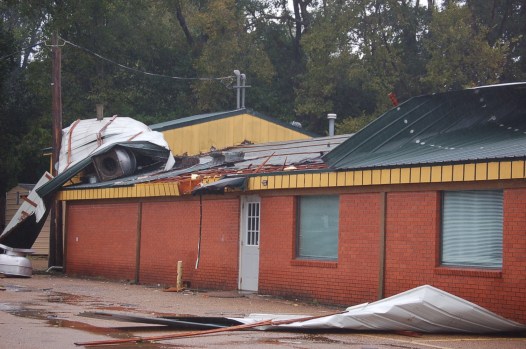 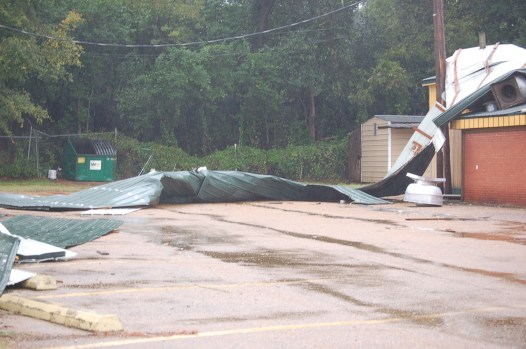 The roof of South China restaurant on John R. Junkin Drive was damaged in Hurricane Delta.(Sabrina Robertson / The Natchez Democrat) 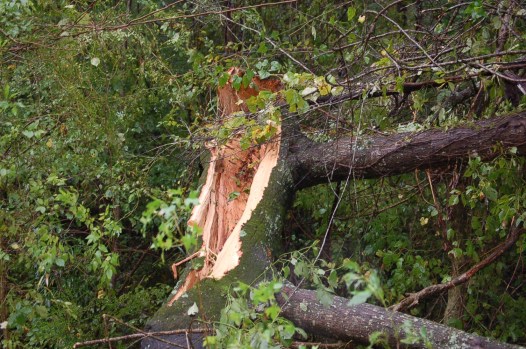 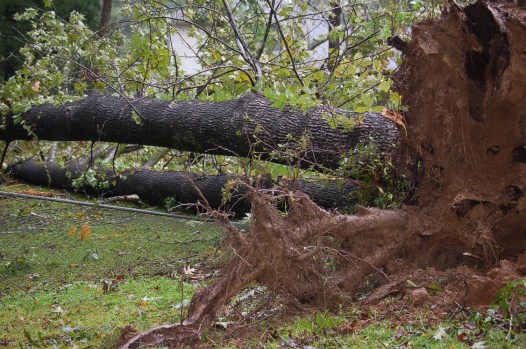 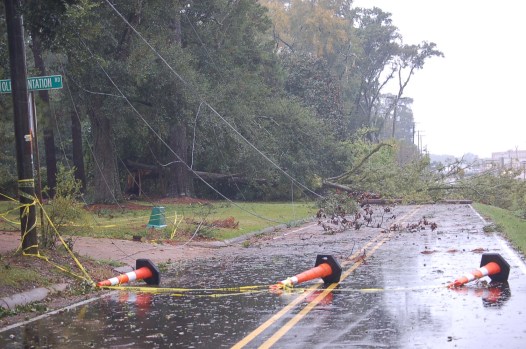 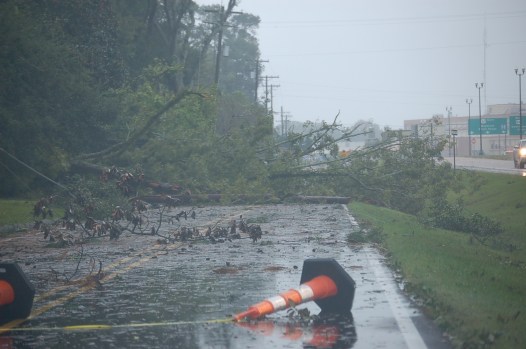 Damaged power lines and a fallen tree block the road on the corner of Seargent Prentiss Drive and Old Plantation Road.(Sabrina Robertson / The Natchez Democrat) 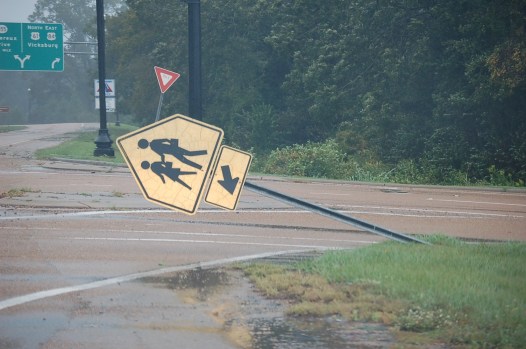 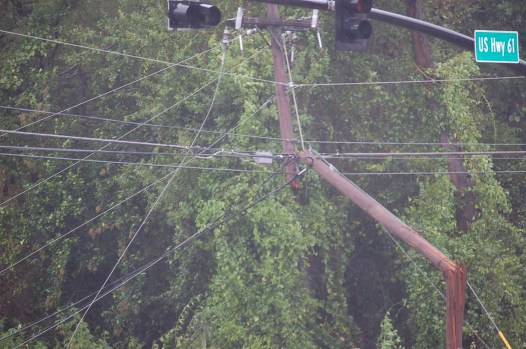 A power pole is snaped in half by Natchez Walmart on U.S. 61.(Sabrina Robertson / The Natchez Democrat)

Walmart Supercenter in Natchez and some other businesses were closed Saturday due to power outages caused by the storm.

One citizen on U.S. 61 South near Kingston was rescued during the night after being trapped between two trees, Hardy said. No storm-related injuries have been reported, she said.

Southwest Electric’s website showed approximately 89% of customers in Adams County were without power Saturday afternoon, which is approximately 4,900 customers.

“Please be patient as Entergy and Southwest Electric crews work to turn the power back on,” Hardy said. “We ask that people stay home if at all possible while road crews are out cutting trees and clearing roadways of limbs and debris.”

Several fallen trees have been reported in Natchez and Adams County throughout the night Friday and early Saturday morning.

Hardy said both city and county road crews have worked tirelessly through the night to clear roadways and prevent traffic accidents.

“They deserve a lot of credit for being out in the middle of the storm clearing blocked roads,” she said.

Emergency officials advised anyone who sees a power line or trees blocking roadways to call 911 and do not go near fallen power lines.

WLBT News tweeted a tree fell on top of a news car in Natchez during their storm coverage after midnight Saturday.

A tree fell on one of our WLBT news cars tonight during storm coverage. Luckily, no one was harmed, but make sure you do not take these storms lightly. 🙏 pic.twitter.com/DBXkRGNNTa

Also during the night, emergency response teams rushed to Cedarhurst Apartments in Natchez where a tree fell on the building, WLBT reports.

“If you don’t have to be out there tonight, don’t be out there,” Gibson said. “We need the roads clear for our emergency personnel and also it could be dangerous at night when you might just come across a power line that has fallen, a tree that is down or you might just have a tree fall on you.”

For anyone who is displaced by Hurricane Delta, an emergency shelter powered by American Red Cross is set up at the Adams County Safe Room and the Steckler Multi-Purpose Building next door.

Hardy said at least 20 people have utilized the shelter. Due to the COVID-19 pandemic, the shelter’s capacity is limited to 150 people and rapid COVID-19 testing is required of anyone entering the shelter, Hardy said.

For all emergent needs from lack of shelter to blocked roads, do not hesitate to call 911, officials said.

Property damages that resulted from the storm can be reported online at adamscountyms.net. Call 601-442-7021 for more information.