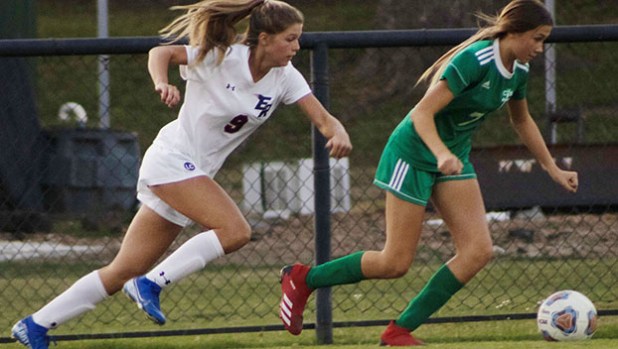 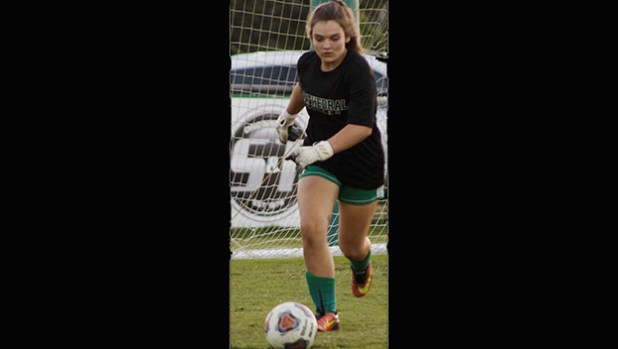 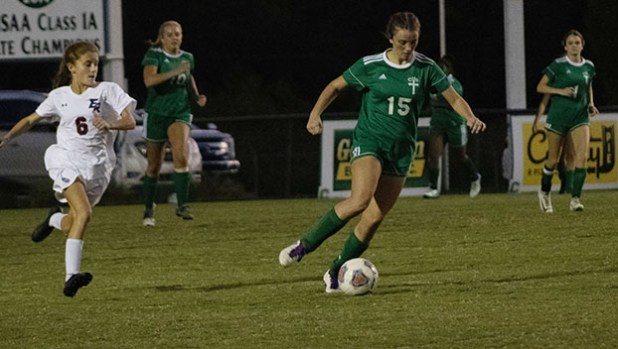 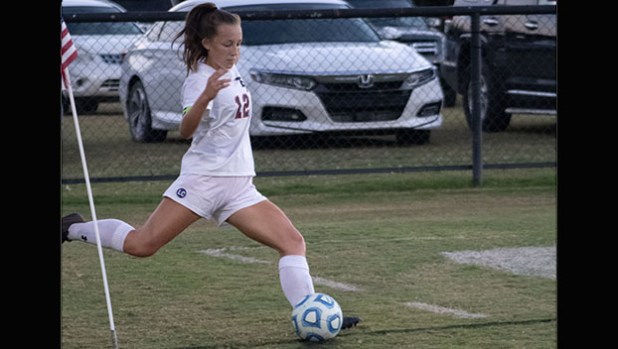 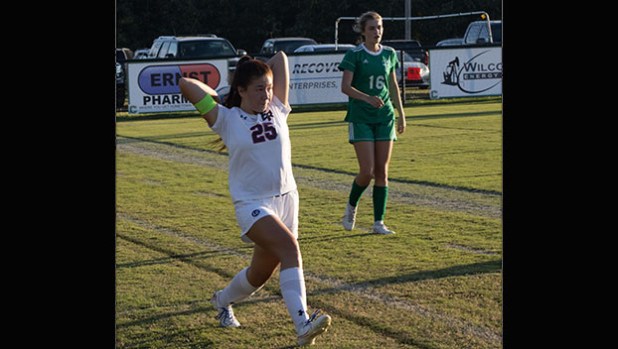 NATCHEZ — The Cathedral High School Lady Green Wave ended their season with a 7-1 loss to the East Rankin Academy Lady Patriots on Tuesday night at D’Evereaux Stadium in the MAIS Division II playoffs.

Cathedral High School finished the season 9-4 and as the 2020 South region champions. Dennis Hogue, Cathedral High head soccer coach, said he could not be more proud of the Lady Green Wave this season.

“The only teams that beat us were St. Aloysius twice, ACCS and Laurel Christian School. The players had a great season and I wouldn’t trade this group with anyone in the world,” said Hogue. “We missed Mae Holyoak, our stopper, who did not play in the match. She is strong on defense and she could have allowed Madeline Logan to score two or three goals.”

Cathedral’s Izzy Dupré scored the only goal for the Lady Green Wave in the match. Jacie Ratliff beat a Lady Patriots’ defender on the right side of the field, passed the ball to Dupré in the middle of the field and she scored from 35-yards away from the goal in the first half. Gracie Foster, Dupré’s teammate, said she was glad Dupré made the goal.

“We were down and her goal picked us up,” Foster said. “It just gave us a spark to keep going.”

“When the game was out of reach, nobody laid down and everybody kept fighting and plugging away,” Hogue said. “One of the aspects in the game we did well at was communication. We had been pressing the importance of communication in practices this week. The players knew where to go, what to do and they supported each other on the field.”

The Lady Patriots were no stranger to facing the Lady Green Wave. Both teams faced each other in the first round of the 2019 season with East Rankin Academy coming away with the 2-0 victory over Cathedral. Steven Simmons, East Rankin Academy head soccer coach, said it felt like déjà vu playing against Cathedral.

“We came here last year and we knew what we were going to expect,” Simmons said. “It was going to be a tough physical match. If we gave Cathedral time on the ball, then we know they could hurt us. We had a great start to the game with two early goals scored. I didn’t think Cathedral could handle our movement off of the ball and that was why we were successful.”