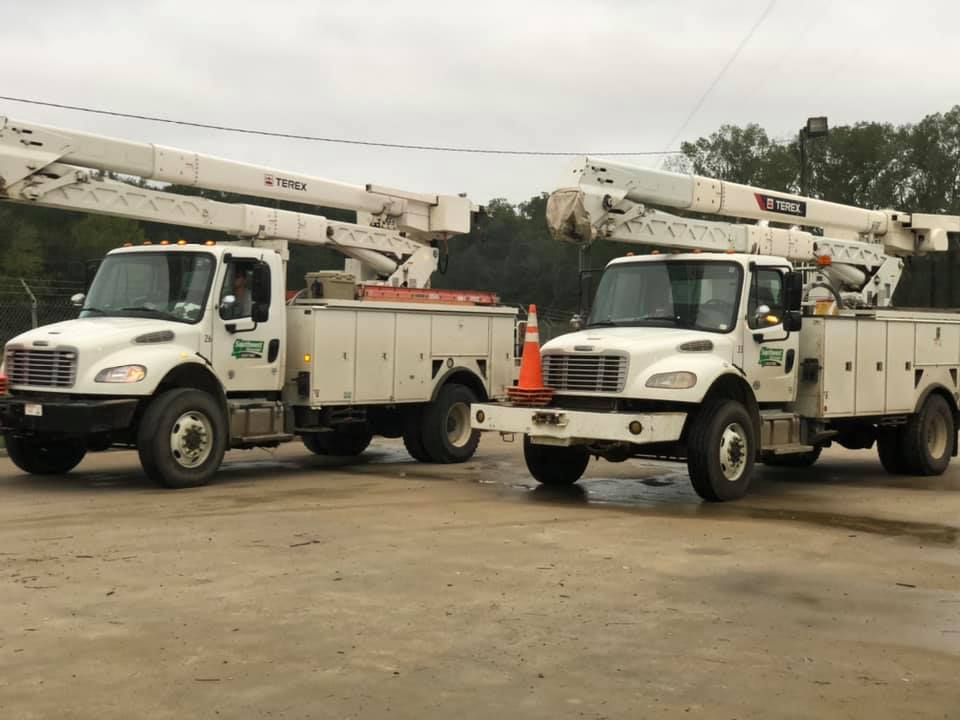 NATCHEZ — An Entergy official said Tuesday morning that all of the electric provider’s customers in Natchez have their service restored after having lost service due to Hurricane Delta that moved through Southwest Mississippi on Friday and Saturday.

“I believe all the power in Natchez is back on,” said Tim Runnels, a spokesperson for Entergy that serves most of Natchez. “We still have stuff come in from time to time but it is after the storm stuff. It is just daily stuff that comes in. As far as the storm, I believe everything is back on.”

Runnels said that 400 to 500 workers came in Monday to finish restoring power to the some 400 customers who were still without power Monday after the storm had initially knocked out electric service to some 6,000 Entergy customers in Natchez and Adams County.

“All in all we feel like we got it on,” Runnels said Tuesday. “It is never fast enough when somebody’s power is out but considering the damage we saw we brought in the resources and got the help we needed to get it on as quick as possible.”

Runnels said Entergy is continuing to work on infrastructure that was damaged in the storm.

“Sometimes after a storm there are still damaged facilities but it didn’t cause any power outages and we’ll go back and do those,” Runnels said. “We try to work the ones first that cause power outages so we can get power back on of course. We are still working for the next two to three weeks maybe for the next month on various things like that.”

Over night Sunday, Southwest restored power to customers in Cranfield, Kingston, Kingston Road and along the U.S. 61 corridor south of Natchez, including Roux 61 and the Beau Pré subdivision, said Kevin Bonds, CEO of Southwest Electric.

Some 2,800, or 51%, of Southwest Electric customers were still without power Monday morning in Adams County, however.

The Southwest customers, who had power restored in Adams County over night Monday, include Washington and Foster Mound Road.

“We have restored all four of the feeder lines, which are the main lines coming out the Washington substation,” said Deb McGee, Southwest Electric’s human resources and public relations specialist on Tuesday. “Today we have two crews from a sister co-op in the Washington area,” McGee said. “The feeders were repaired so the smaller lines off the feeders have to be repaired. Then (the crews) will go over to Cranfield and Fenwick where we have four broken poles. We also have two crews at Traceway Estates and after they are done there they will go to Church Hill and Emerald Mound area. We also restored Fire Tower Road and Southwind has been restored.”

McGee said Southwest has 194 people out working in Southwest’s nine-county area and only 51 of those are from Southwest with 111 from other sister co-ops in Mississippi and 32 from contract companies.

Overall 88% of Southwest Electric’s customers initially lost power due to Hurricane Delta and as of Tuesday 31% were still without power.

“We’ve made significant progress in the last several days,” McGee said. “We appreciated everyone’s patience. Every meter is important to us.”