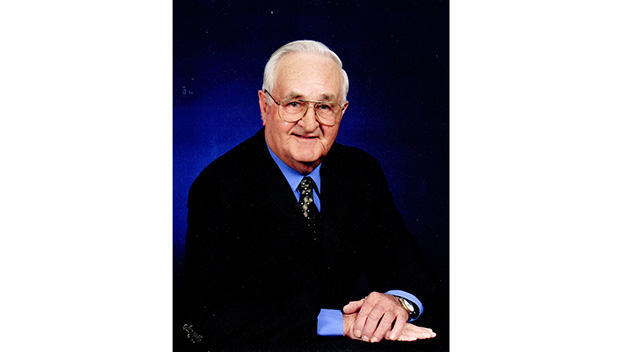 NATCHEZ — Graveside services for Paul Lafayette Foster, 97, of Natchez who died October 16, 2020 will be held Monday, October 19, at 3 p.m. at Greenlawn Memorial Park Cemetery, with the Rev. Steve Purvis officiating under the direction of Laird Funeral Home for family and friends. Masks and Social Distancing policies will be in place. A memorial service will be held at a later date.

Mr. Foster was born July 28, 1923 in New Hebron, MS the son of James Monroe Foster and Jessie A Morris Foster. He grew up in the community of Little Bahala, in Lincoln County, MS with his 10 siblings. A patriot and World War II veteran, Paul was an infantryman in the 80th Airborne Anti-Aircraft Battalion in the 82nd Airborne Division of the US Army serving from December 11, 1942 thru September 21, 1945. He arrived in north Africa in April 1943 and received campaign credit for Sicily, Naples, Foggia, Normandy, Rhineland, and the Ardennes. He made a beachhead near Salerno, Italy; a glider landing in St. Mere-Eglise, France hours before the landings at Normandy; a glider landing in Nijmegen, Holland; and fought in the Battle of the Bulge. He earned the Combat Infantryman Badge (later declared to include the Bronze Star medal), Glider Badge, and Parachutist Badge with other medals including the Purple Heart with oak leaf cluster, Good Conduct Medal with two bronze knots, the Europe-Africa-Middle East campaign medal with arrowhead device and six campaign stars, the World War II Victory medal, and the Army of Occupation Medal. His unit also earned the Presidential Unit Citation, the French Fourragere, the Belgian Fourragere, and the Dutch Orange Lanyard the latter bestowing the Military Order of William title of “Knight of the fourth class”.

Paul was an avid fisherman beginning at the age of 11 fishing the waters of Little Bahala Creek. He fished in several local bass clubs beginning with the Miss-Lou Bassmasters in 1969 and finishing with the Dixie Bass Club in 2013. The highlight of his fishing days was being in the Bass Anglers Sportsman Society pro tournament trail and teaching his grandchildren and great grandchildren the joys of fishing.

In lieu of flowers, memorials may be made to the Stanton Baptist Church or the Arthritis Foundation.