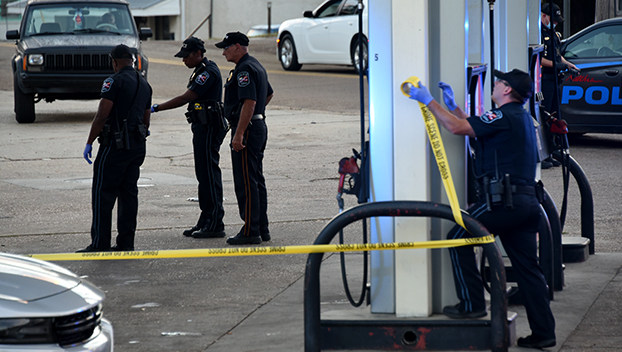 NATCHEZ — Natchez Police Chief Walter Armstrong said a team of investigators were meeting Tuesday afternoon to compare notes on a Monday evening shooting in the parking lot of a convenience store in the vicinity of Cathedral School at Martin Luther King Jr. and Aldrich streets.

“I’ve got a group of investigators meeting on it, comparing some notes and doing some things but nothing to be released at the moment,” Armstrong said Tuesday afternoon. “It is just an active investigation.”

Armstrong said a victim sustained at least one gunshot wound during the incident and is being treated at Merit Health Natchez.

“We don’t suspect the injuries to be life-threatening,” Armstrong said Monday night. “We don’t know at this time how many shots were fired but we do know the victim was shot at least once.”

The Natchez Democrat will update this story as more information becomes available.