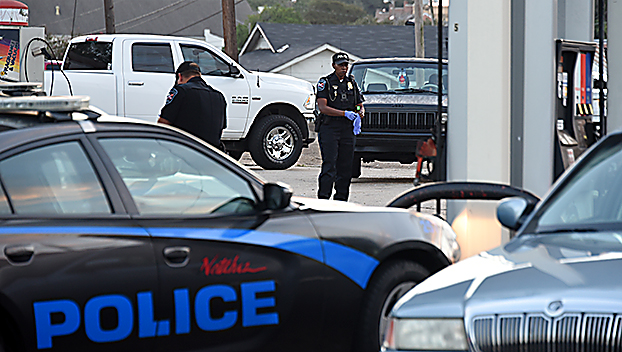 The meeting begins at 6 p.m. at the Natchez Convention Center.

Cathedral School’s Parents’ Organization has sent word to parents about the meeting, urging them to attend and learn what they can do to improve the safety of their children.

“The issue of crime in this area goes back a number of years,” Gibson said. “We have just a few business owners there who have for a number of years routinely looked the other way at illegal activity on their premises. They have allowed drug deals at all hours, the consumption of alcoholic beverages on their premises. … That area has just become a 24/7 unregulated bar.”

A shooting Monday night that sent one victim to the hospital is the latest crime reported in the area. On Monday, the shooting occurred at the convenience store located at the corner of Martin Luther King Jr. and Aldrich streets, directly across the street from Cathedral School.

Last month, Natchez police officers were called to the scene of an assault at the Zipy convenience store, just down the road from Cathedral school.

“The manager of the Zipy store participated in that assault,” Gibson said. “We have just reached a place where we have to draw the line.

“This continued criminal activity is just unfair to that community that is working to make a comeback. I had a wonderful lunch on Tuesday at the new Lady’s Café on Martin Luther King Jr. Street and I visited a new thrift store next door. Last Thursday, I attended the opening of a new health clinic in the location where Dr. Todd had his office. We have Rosehill Baptist Church, Beulah Baptist Church, Zion Chapel and two funeral homes in that area. We have numerous children who routinely walk those sidewalks,” Gibson said. “We are not going to put up with this any longer.”

He said business owners who are allowing such crimes to go on are forcing taxpayers to foot the bill.

“That just has to stop,” Gibson said. “We had an emergency meeting of the police committee on Tuesday with the police chief, a police investigator and the city attorney. We do have ordinances that allow the city to hold these business owners accountable. If they don’t step up their game, we will have no choice but to declare them a public nuisance. We can’t allow this to go on.”

Gibson said the high-crime businesses must increase lighting, install security cameras and provide for security guards at their businesses.

“It’s time the city step up and hold these business owners responsible,” Gibson said. “We hope this sends a message to those who are involved in drugs and who have guns on our street that we are no-nonsense about this.”

Adams County to ask for federal relief funds for…